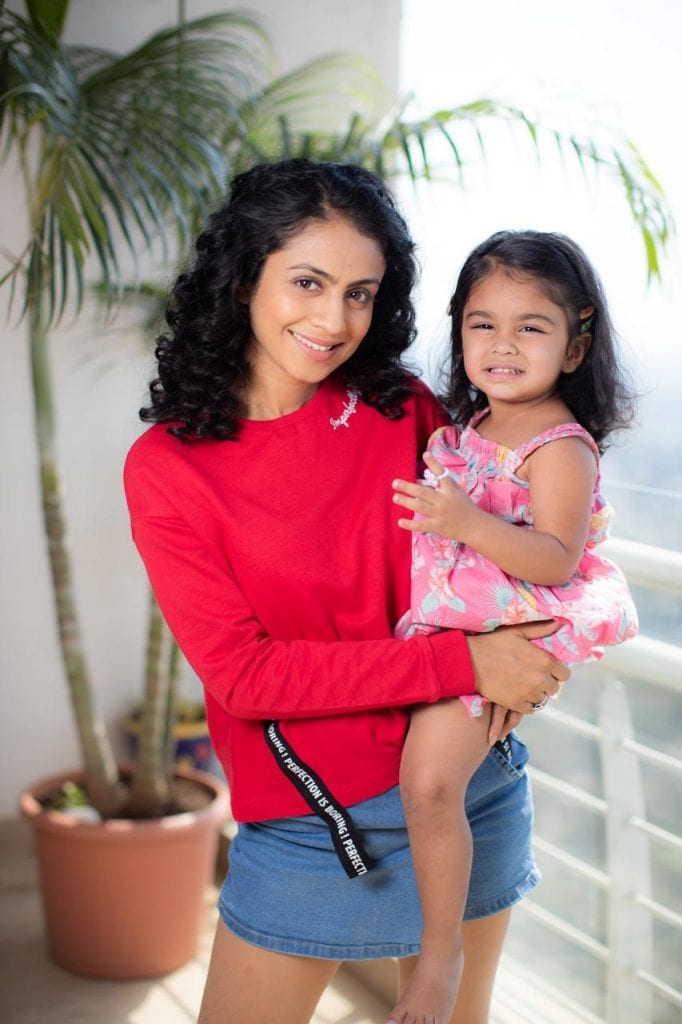 Actress Manasi Parekh had her daughter Nirvi two years ago and yet there’s been no sabbatical or break for this working mother. Manasi in her 9th month of pregnancy was shooting for numerous ads and was the face of many hoardings across the country. For women who thought that motherhood means a break, Manasi is an inspiration as she got back to work within a few months post delivery. And yes while most would think that Bollywood happens before marriage, Manasi managed to make her debut and leave a mark with the recent super hit film Uri in which she played Mohit Raina’s wife and Vicky Kaushal’s sister.
One of the fittest moms in of our entertainment industry, Manasi’s workout videos have always been a talk of the town! But today we spotted a very adorable video on Manasi’s social media of her working out as her daughter Nirvi copies her mommy in the exercises! The video just made us go awwww and who wouldn’t want such a workout buddy to beat the exercise blues!
https://www.instagram.com/p/BuneelSn7aL/
Looking at this video we must say Manasi’s giving a lot of mother’s out there #MommyGoals