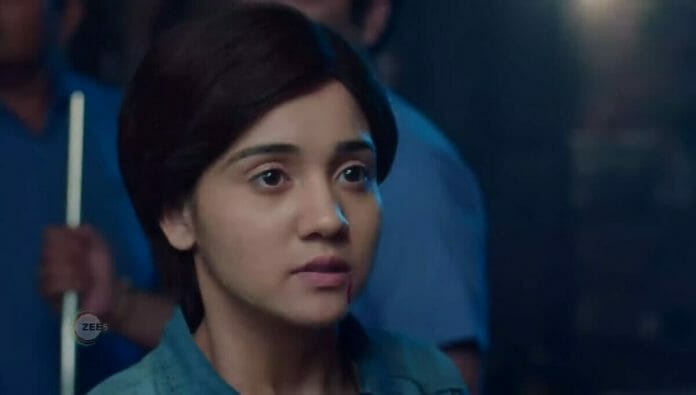 The episode starts with the selection committee members congratulating Manmeet and they say he is selected. Manmeet thanks Meet and says she is his lucky mascot as he got selected without doing anything. Meet says she needs a treat as he won. Manmeet stays silent. Meet asks Manmeet why is he silent? Manmeet says she will get hurt if she knows the reason for his silence. Meet asks what is the reason? Manmeet says he can’t continue his friendship with her as he has fallen in love with her. Meet gets stunned hearing this. Manmeet says he knows they have a lot of differences between them and says she is quiet different from her dream girl but he doesn’t know how to tell his heart about it. Manmeet tells how he felt for her. Manmeet says he knows that she only loves Meet Ahlawat but he didn’t know why he loves her right now. Manmeet says if he hid this from her and she later finds out then she will think that he deceived her and says it is better to tell her now and part ways. Manmeet says Good bye to Meet and leaves from there.

Meet comes to the Ahlawat mansion. Raj asks Meet if Manmeet reached at time to the Gym. Babita also asks if he got selected. Meet says Manmeet got selected. Meet asks Raj if he had his tablets or not? Meet lashes out at Raj and asks Raj to eat the food right infront of her. Raj asks Meet to tell him if she has any problem. Meet says there is nothing like that and comments on it. Meet says she will now only focus on her work and nothing else. Meet leaves from there. Babita says to Raj that Meet’s tension will change into comfort only when she accepts the fact when she can see her future with Manmeet. Meet comes to her room looks at Meet Ahlawat’s photo and cries to herself. Manmeet sits near bonfire and recalls his moments with Meet. Meet thinks about Meet Ahlawat. Manmeet looks at Meet’s photo on his phone and thinks of Meet. Meet recalls what Manmeet said.

Chotu stops Meet’s car. Meet asks Chotu what happened. Chotu says Manmeet has gone mad and says only Meet can stop her and asks her to come.

The girl says she wants to marry Manmeet. The girl says she wished for a husband just like him and asks him to marry her. Manmeet says his heart is already wanting someone else and asks if she has to guts to make him hers. The girls accepts the challenge and guarantees that she can make him hers. Manmeet hearing this says then he will love her from now on. Manmeet says to the girl to bring Shagun Ka Thali to his house.