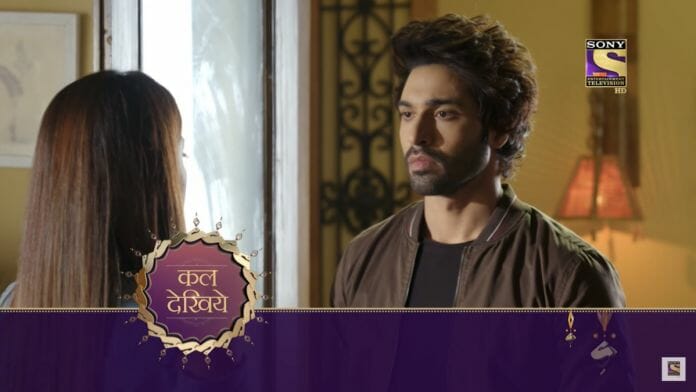 Sony TV’s popular show Mose Chhal Kiye Jaaye is now gearing up for more drama as Saumya finds out that Armaan is having affair and she confronts him. Later Armaan leaves home. What will happen now? How will Saumya find out the truth?

In the previous episode, we saw Armaan lies that he met that girl in the the audition had an attraction but when she became pregnant, he ended all relations with her. But later that girl called him to meet her and made his photo viral. Saumya tells Armaan that she has made a mistake but she has the right to punish him and she wants him not to leave her and take care of her. Next they all come home. Sushma welcomes them. She thanks Saumya as she forgave her son. Just then Prisha’s parents come there. Prisha gets shocked seeing them. Armaan tells Prisha that she too should now return to her family. Prisha gets stunned. Later she leaves with her family. Armaan tells Goldie that he wanted to tell Saumya the truth about him and Prisha but he thought it might create problems between the families so he didn’t do all this.

Further media comes to Armaan’s house and starts questioning him. Soumya also comes there. The media questions her whether she is supporting Armaan or standing against him. Soumya says that she knows that they have many questions to which they need answers. She tells them that the girl was threatening Armaan and has done all this to harass Armaan. She adds that how much of Armaan’s fault was in this is his personal matter. She tells them that she wants them to give them their personal space. Media asks Saumya if she can tell them who the girl was. Soumya says that when that girl is hiding her identity, then they also do not need to pay attention to it.

In the upcoming episode, we will see that Saumya will say to Sushma that she gives her another chance to Armaan as she wants to clear all the misunderstandings. Later Armaan will go to meet Prisha.