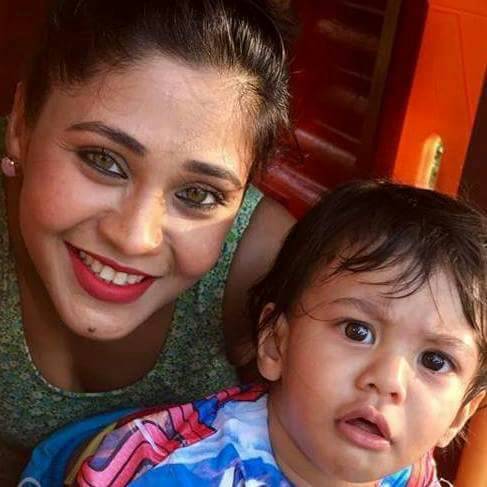 Amrapali Gupta, who welcomed her son Kabir with Yash Sinha last year, made her come back with Star Plus popular show Ishqbaaz. The actress reveals that she was nervous at the time of her comeback but now finds her self lucky that her on and off screen sons (Kabir, Nakul Mehta and Ayush Anand) bond really good.

“I was worried about managing my time among shooting and with my son Kabir. He is yet small and needs me most of the time. But Yash wanted me to move on and get back to shoots. But I was nervous before starting shoots with my comeback show Ishqbaaz. I am addicted to my son and cant remain so long without him as I knew shooting schedule are really hectic. But now I find myself lucky enough to manage my both personal and professional commitments. Sometimes I bring Kabir with me on sets else my in laws take care of him. Even when yash is not out to work he looks after him. We are not a family to leave our children to care takers. I am blessed to have such a family. On top of it I am lucky that my on and off screen sons bond very good. Kabir is friendly with everyone on the sets.” Actress who was last seen in Adhuri Kahaani Humari’ told in a statement.

Amrapali Gupta is best known for her roles in shows like “Khushiyan”, “Teen Bahuraaniyaan” and “Qubool Hai”