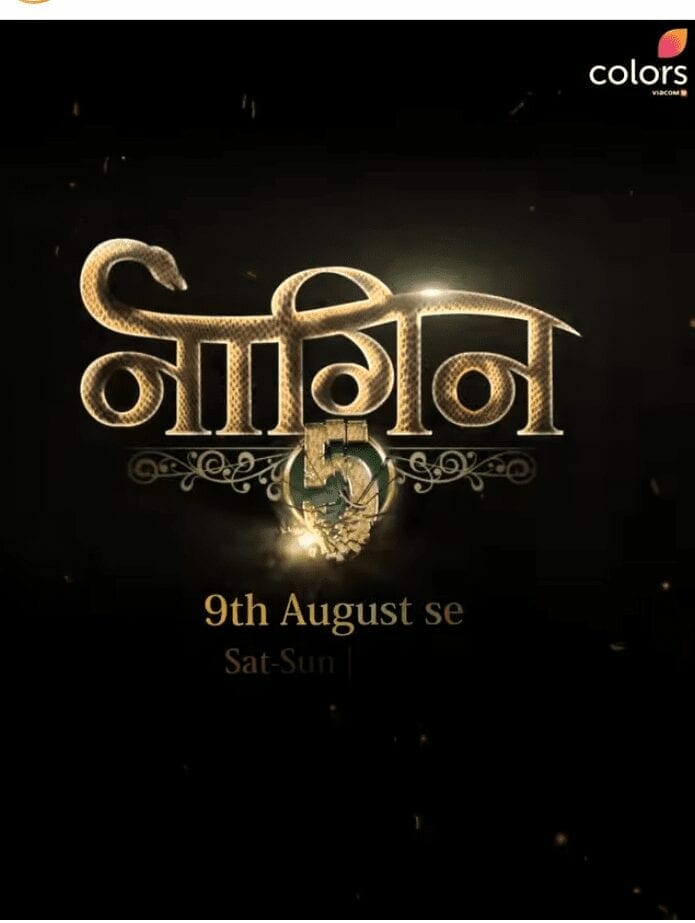 The episode starts with Akesh stepping in the temple. Many eagles invade the temple too. Hridhey is about to go towards Nageshwari but Akesh holds his hand and pushes him away. Nageshwari shouts his name and wants to go to him but two girls hold her. Nageshwari shouts to leave her. A battle start between eagles and Naag/Naagins. Hridhey fights too.

Nageshwari frees herself and is about to rush to Hridhey but Akesh holds her praising her beauty and asking her to be his if she wants to avoid all this and save her people. Nageshwari transforms half into snake and hits him with tail saying that he will pay for what he has done.

Akesh and eagles kill all the Naag and Naagins and then hits Hridhey with a dagger that stabs his chest. Nageshwari shouts Hridhey’s name. A earthquake happens and a bell falls on an icchadari Cheel. Nageshwari rushes to Hridhey crying as he is dead. Akesh grabs her hand and tries to drag her but she frees herself. Akesh asks her to become his but Nageshwari refuses and says that he is meant to be killed by her. She declares that she will hate him in every birth giving him thousands of deaths and bites him. He says that he accepts death by her hands too. She grabs him with her tail and throws him out of the temple. He falls in a valley and dies.

Nageshwari rushes to Hridhey and tries to wake him up crying. She blames herself for what happened since she let the Cheel let in. Shiv Ji appears and says that he is upset with her and admits that blessing her with the power to turn into human beings was his biggest mistake but he cannot take it back so all Naag Naagin, after deep meditation of hundred years, will be able to take any human’s aspect but not her.

He says that he has option to get rid of this curse by taking new birth after ten thousand years. He adds that also his love and Cheel will get another birth but all characters will have another aspect. Characters will be same but story will be new. He leaves. Nageshwari kills herself because she wants to die with her love. She stabs herself and dies with tears in her eyes but a smile on her lips.

In present, Brinda is shocked to hear Nageshwari’s story and to know that Nageshwari waited for ten thousand years. Nageshwari says that she will now be united with her love. Brinda asks why Akesh’s love was wrong just because he was a Cheel which is same kind of love like a Naagin falling for human being. Nageshwari says that it isn’t the same since Akesh tried getting her by cheating and knowing that she is in love with someone else.

Brinda goes to Dev who got conscious. They hug each other. Dev apologizes for what his family did to her family. Brinda says that he doesn’t need to apologize. He thanks her for saving him. Brinda says that it is Nageshwari who saved him. Nageshwari says that it is Brinda’s love saved him. Brinda and Dev have an emotional reunion and then Dev asks her why she took so much time to bring him back. She says that she was hearing a story. Dev scolds him for being busy in listening to the story when her love was dead. Brinda asks him not to start again. They unite and then leave from temple.

Nageshwari gives naagmani back to Mahadev and says that she is ready to take a new birth and unite with her love. The Pandit who was in the temple ten years ago opens his eyes. He was meditating on a high mount. He understands that time has come for Nageshwari to take another birth.

Years later, the Pandit goes in the temple where a saphera has understood that after ten thousand years the story will repeat itself. The saphera praises Mahadev’s powers and wonders what end will have the story this time: will the Cheel die again by Naagin’s hands or will he kill? Will Naag and Naagin unite this time? Saphera says that the story is like the one of two stars (Nageshwari and Hridhey) getting closer but getting separated by moon which symbolizes the eagle.

On the other hand a girl (Baani) is seen waking up after seeing the dream of Hridhey getting killed by Akesh who has hold Nageshwari. Another girl (Meera) comes in the room and asks if she has seen the same dream again. Two girls (Meher and Teher) with face mask come too. The girl who woke up remembered that it’s Noor’s wedding today and rushes out of bed. Meera asks her to go while she will handle everything here.

Later, wedding preparations are going on in a house. Baani is helping too. A bride (Noor) is seen getting ready when a snake enters in the room and she screams. Baani comes and grabs the snake putting it out of the window. She talks with it kindly assuring Noor that it won’t harm without reasons. Noor sits down calmed. Baani asks her if she is sure about the wedding. Noor replies that her family feels it is right so she is making compromise.

After a while, Noor and Baani come downstairs where Noor’s family was waiting for her. Baani’s family comes there too: her uncle, aunty, Meera, Meher and Teher. Chachi tells Meher and Tehere to be careful and find a rich man. They are excited because the most eligible businessman will attend wedding too. Baani hears them talking and doesn’t understand their excitement. Meher and Teher say that she will go crazy when she will see how rich he is. Baani says that she doesn’t think anything like this can happen to her. Chachi comes and asks her not to put such things in her daughters’ ears. Baani calls her Chachi as “Maa” but she bashes her reminding her that they have no blood relation.

Just then, a guy enters in the house. His face is hiding behind a huge bouquet. Both the guy and Baani feel a weird wind touching their faces. The guy is Jai Mathur. He goes to his friend and tells about the wind that felt like it was kissing it. His friend says that there are many women are there ready to kiss him. Jai replies that he will understand it when someone will seem like made for him. Baani tells about the wind to Meher and Teher too. They ask him to turn and look at Jai but Baani says that she isn’t interested. When she turns around, Jai leaves so they don’t see each other.

Later, Baani walks in a corridor where Jai is. Pandit and Saphera are in temple and see two stars getting closer. A net curtain falls on Baani and Jai. Saphera says that now the moon is about to appear between them too. Baani and Jai don’t see each other.

When the wedding rituals are about to start, the groom asks to wait for his friend who is about to come. Just then some bikers stop in front of the house. They are drunk. The guard forbids them to take alcohol inside so one of them is about to bash him but another guy comes and stops him. He suggests to drink the alcohol so they all gulp it down. All of them are wearing black clothes, typical biker attire. The guy is Akesh’s reincarnation.

The guy enters in the house followed by his friends and go to the groom who asks why he is late. The guy throws a girl’s nighty on the floor and says that she was busy last night. Everyone is shocked by his audacity. Jai feels angry. Noor is stunned. Noor’s brother says that they are not interested to know who he spent his last night with. Jai replies that he was with his sister. Everyone is shocked. Noor sheds tears.

The guy removes the flowers curtain that was separating the groom and Noor and ask her to tell everyone that she was with him last night and the nighty belongs to her. All women step away from Noor. Baani goes to her and asks her to speak up but Noor reveals to her that he is saying the truth. The guy keeps badmouthing about Noor and says that she can prove that she was with him by showing pictures. Baani is about to intervene but just then Jai comes ahead and bashes the guy. Baani is impressed. The groom cancels the Nikaah and walks away. Noor and her family is shattered.

Precap: Jai gets enraged at the guy who broke Noor’s Nikaah and hits him from behind. The guy hits him back and mocks him with his friends.