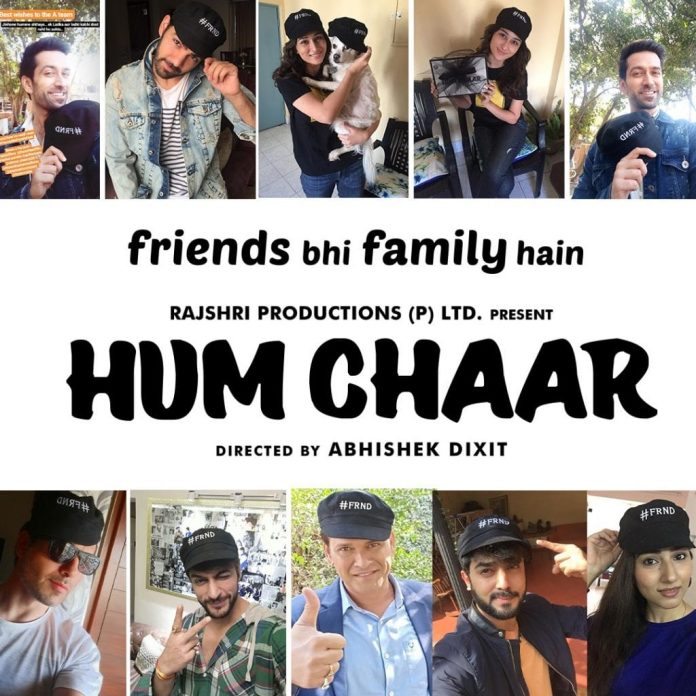 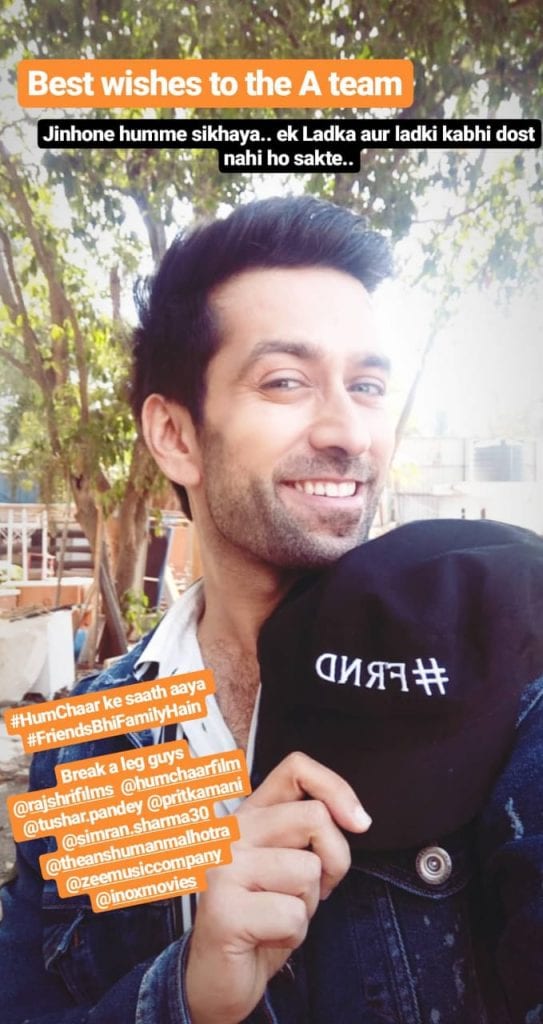 30 years back, when Salman Khan said these iconic words to Bhagyashree in the evergreen romantic hit, Maine Pyar Kiya, the line and the prop in the scene, both became a trend!
Remember the FRIEND cap? As Prem made Suman wear the cap, it went on to become a raging cult accessory. Now this cult cap is making a comeback with a twist in Rajshri’s 58th film, Hum Chaar which is all about friends being family! 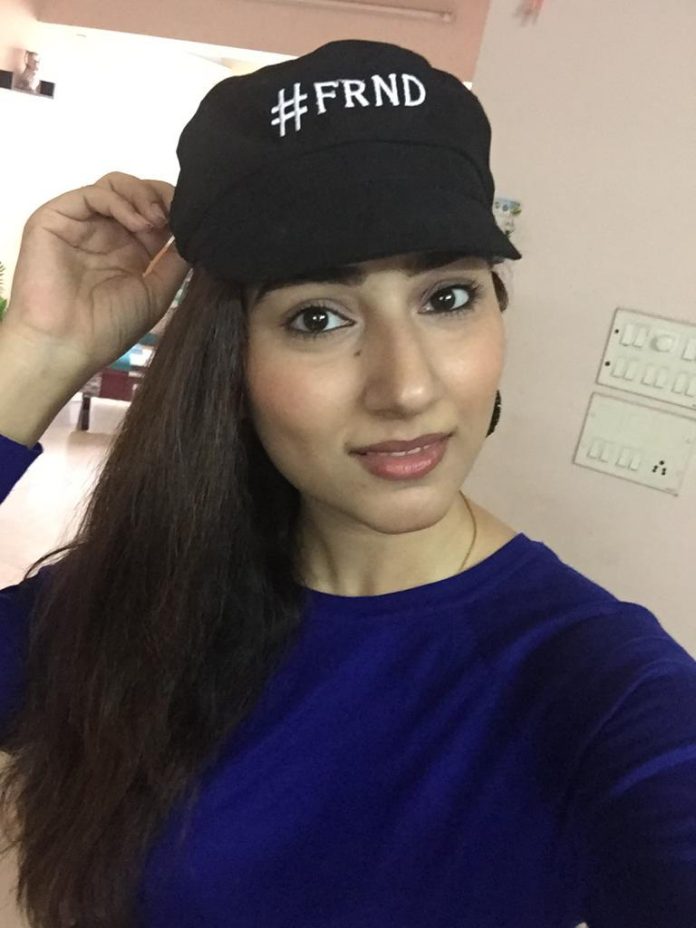 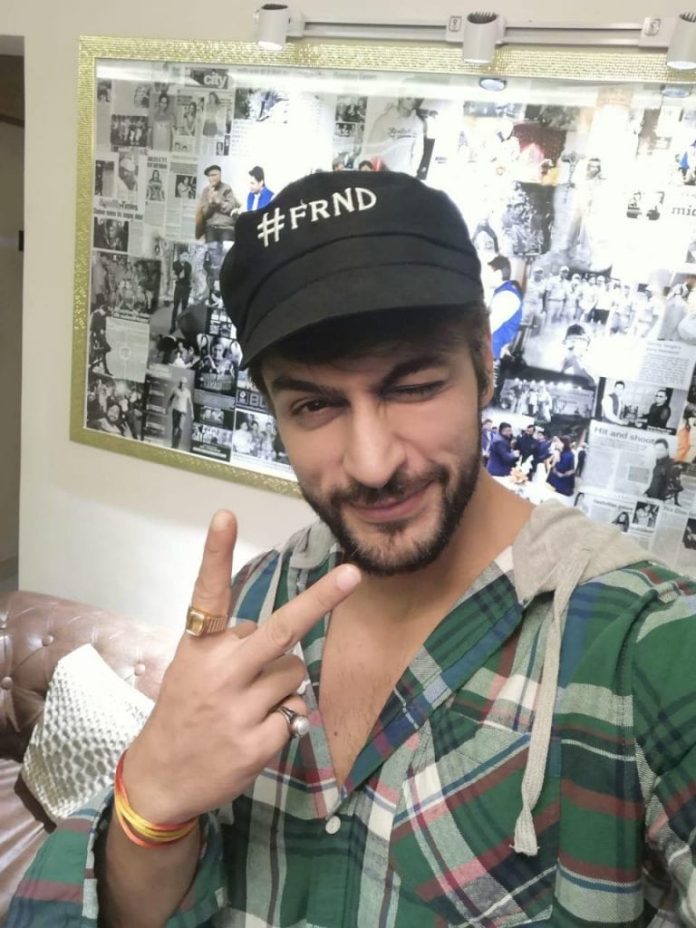 Excitement and love that is gripping fans with the comeback of this cap, takes us back to 1989, when the cap was worn by ‘friends’ across age groups.
An ode to one of many trends set by Rajshri, this new cap is being seen wearing by everyone! Celebrities such as Nakuul Mehta, Akshay Mhatre, Shaleen Bhanot, Karan V Grover and Sheen Das
Rajshri Productions upcoming film Hum Chaar is one of the most anticipated movies of 2019.
It’s introducing a talented bandwagon of four new and fresh faces to films. Prit Kamani, Simran Sharma, Anshuman Malhotra and Tushar Pandey are newcomers that will be seen in lead pivotal roles in the film. 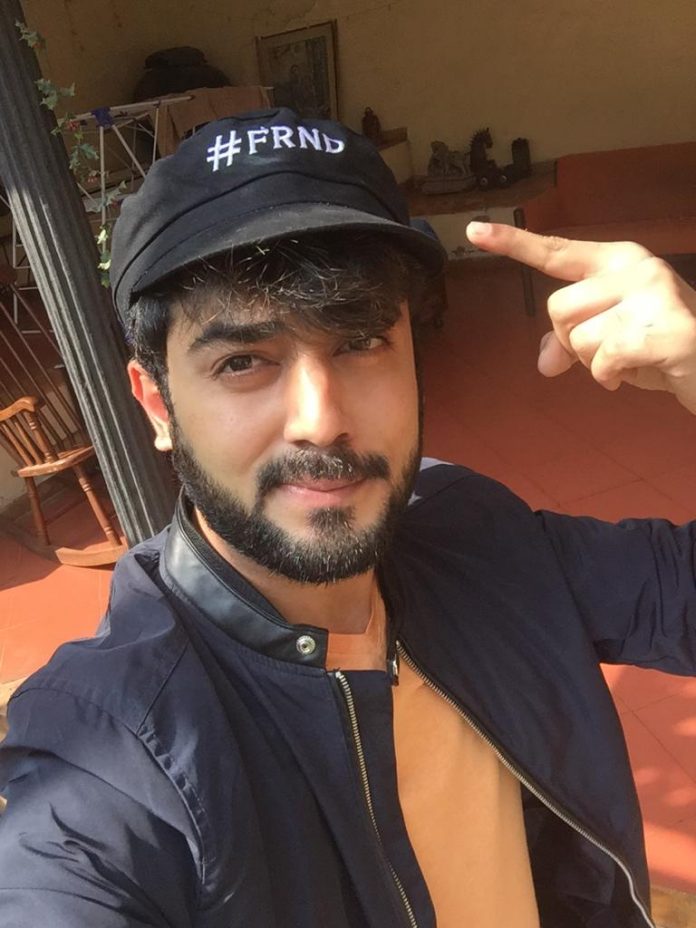 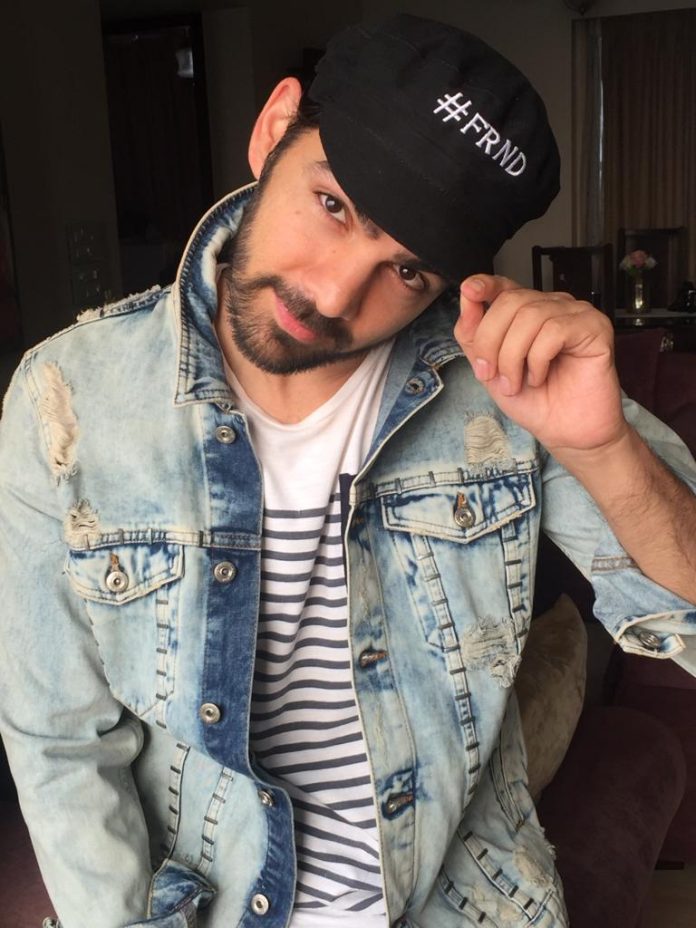 Hum Chaar opened 2019 with a brand new friendship anthem – Friends Bhi Family Hain! An interesting 26 day ABCD letter campaign became the lead up to the revisited version of iconic ABCD song from Hum Saath Saath Hain.
The theme of the song is all about celebrating all sorts of friends and friendships. The song and campaign got amazing reviews and a lot of love from audiences and media.
Directed by Abhishek Dixit, the film explores a very novel and unique concept of friends being family in today’s modern times.
Hum Chaar releases nationwide in just 3 weeks on 15th February 2019.