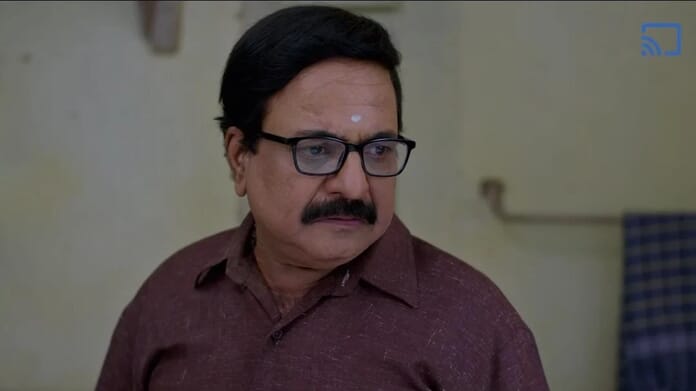 In the previous episode it was shown that Swamyadi visited Anu’s house. Swamyadi said that Anu is on the right path and soon she will find out who she’s and her marriage will happen soon. Mansi argued with Sharda for hiding Anu and Surya love story from her and demanded Surya to ask Anu’s hand’s in marriage to Subu immediately which surprised everyone. Surya promised her to do it once Subu will recover from the shock. Subu was devasted with Anu’s act and expressed it to his family. Surya worried that Subu won’t approve his and Anu’s love as they have an huge age gap.

In the upcoming episode it will be seen that Mansi and Chandra will encourage Surya to talk to Subu immediately. Mansi will say that the huge age difference isn’t a big deal when Surya and Anu love each other. Surya will get motivated hearing this and will dream about proposing Anu for marriage and Anu accepting it. At the office Meera will tell Dhina to contact interview for the replacement of Anu’s post. Dhina will say that Anu got all favor in the office since she has been in love relation with Surya. Surya will come to meet Subu, but Subu will get furious and will leave for work avoiding Surya. Then Surya will try to talk to Anu, but she won’t be there. He will leave getting disappointed.

What will happen next? How Surya will convince Subu?

All these questions will be answered in the upcoming episodes. Keep watching the show and stay tuned for latest update of your favorite Tamil shows.