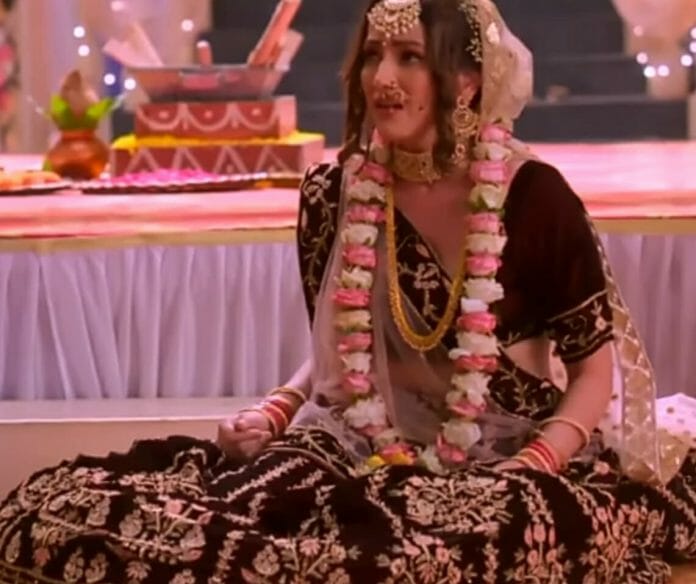 In the previous episode we saw; Nima said to Varun that she don’t have enough time to waste. Varun shared Bimla’s location to her. He alerted her it’s dangerous to go to her place alone so he asked her to disguise themselves first. Later Virat worried about Nima and enquired Priyak about her. She informed to him that she sent her out so get ready for their marriage. She doubt whether she planned against her or not?

Nima reached to Bimla place and learnt it was not her real name. Finally Nima found out Bimla. Sunita complained to Sia that Varun was missing he didn’t shared anything to her about attending the marriage. Manya don’t like to attend the marriage but Sunita said she wanna do it for Nima.

Meanwhile Nima asked Varun to follow their plan and reach on time. Later Sunita came there and learnt from Virat that Nima didn’t back yet. Priyal stopped Virat from searching for her. She threatened him to marry her using baby name.

In the upcoming episode viewers will see; Nima will get into traffic so she start run from there to reach the venue. Priyal and Virat will exchange the garland. Nima will stop them taking pehras. Priyal will threaten her using baby name. Nima will make her blabber the truth she is not pregnant. Bimla and Doctor will confess the truth to all. Whole family will turn against Priyal. She will faint due to stress.

What will happen next? Will Priyal apologize to Nima? How will Virat tackle the situation?