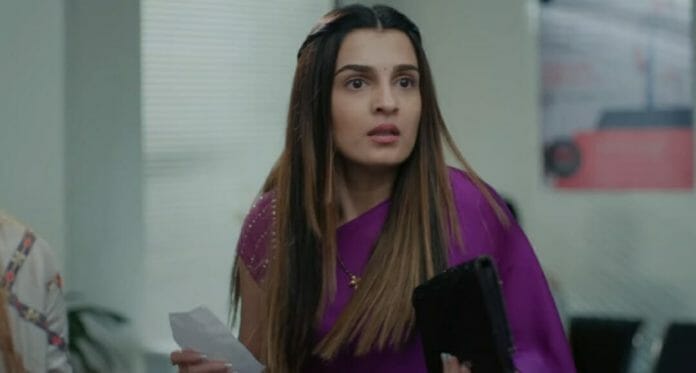 Star Plus’ popular show Pandya Store is gearing up for more drama with Dhara and Rishita gathering details of Nithin in the hospital.

In the current story, it’s seen that Rishita deliberately throws the fruit skin on the floor to make Shweta clean it. Dhara and Rishita go to the hospital to catch Nithin. Nithin runs away on seeing them. He phones Shweta and tells her that her sisters-in-law are in the hospital searching for him. Shweta assures him that they can’t find the truth as it’s his last day in the hospital and he will leave India in a few days.

Nithin asks why she is doing all this. Shweta says that Dhara trapped her parents with her sweet talk and became Chiku’s custodian, but not anymore, as she will get her rights back. Krish overhears Shweta and Nithin’s discussion.

He learns Shweta’s entire plan and decides to alert Dhara. Meanwhile, Dhara and Rishita are shocked to learn that today is Nithin’s last working day in the hospital and he is leaving India.

In the upcoming episode, it will be seen that
Dhara will send Nithin’s address to Gautam and Dev. They will rush there, but Nithin will already escape. Gautam and Dev will chase the autoricshaw in which Nithin is going on a bike.

They will almost catch him, but they will meet with a minor accident and will miss Nithin. Pandyas will gather and will discuss their next move. Rishita will suggest Dhara fake her death to expose Shweta. Dhara will be shocked to hear this.

Will Dhara agree to Rishita’s suggestion? Will Pandyas be successful in exposing Shweta?