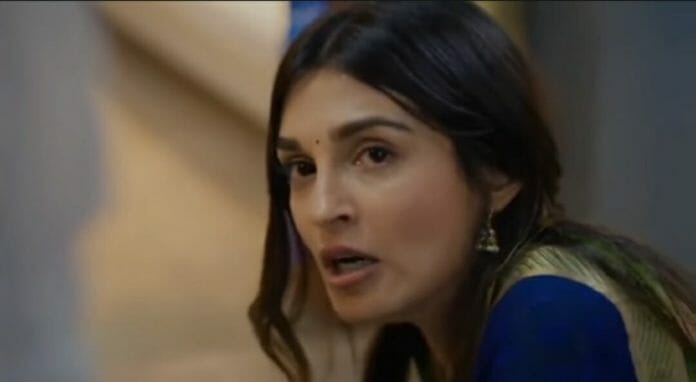 Star Plus’ popular show Pandya Store is gearing up for more drama with Dhara getting arrested.

In the current story, it’s seen that Krish fails to steal Pandyas’ father’s photo frame in which his death certificate is from the Pandya Store. So, Dhara decides to get the papers. Dhara leaves the house with Chutki. Dhara reaches Pandya Store. She sees Shweta busy on the phone.

Dhara sneaks in and takes the photo frame and is about to sneak out. Shweta catches Dhara redhanded. Shweta reveals that she saw Dhara in the distance and pretends to be on call. The police arrive there. Shweta asks the inspector to arrest Dhara for trying to steal from her shop.

However, Dhara drops the photo frame. She distracts the police and Shweta by her talk and manages to pick up the death certificate and hides it under her saree pallu.

In the upcoming episode, it will be seen that Dev and Rishita will arrive at the police station after learning that Dhara got arrested with Chutki. Rishita will say that Dhara won’t hesitate to even sell the whole family.

Dhara will try to explain to Rishita that she went to steal the death certificate to make everything fine. Rishita will lash out at Dhara for taking Chutki with her instead of Chiku. Later, Gautam will apologize to Dev.

What will happen next? Will Dhara be able to get the Pandya store back and reunite the Pandya family?