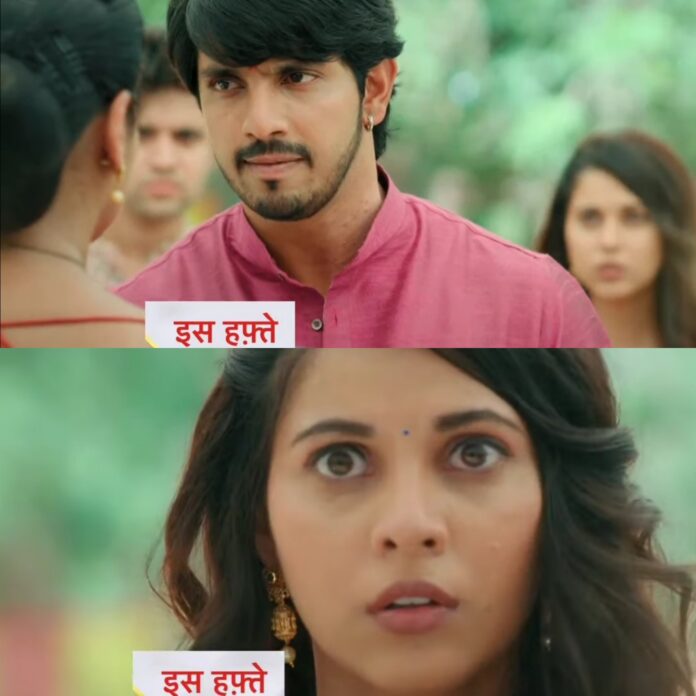 Star Plus’s popular Show Pandya store is all set for high voltage drama with Rishita exposing Shiva in front of the family.

In the current story it’s seen that Shiva hides on seeing Rishita. The latter meets the money lender and asks about Shiva. The money lender lies that he doesn’t know any Shiva. Rishita leaves and Shiva feels relieved. Dev’s friend tells him about a job offer, but he rejects it saying he has to work in the new branches of Pandya store which upsets Rishita.

She argues with Dev over the same, but in vain. Rishita sees Shiva coming in a trunk and discussing with the driver. She thinks that Shiva is going to start transport business and therefore he’s buying that truck. She clicks Shiva’s pic. She notices a bag in Shiva’s hand and decides to find out what it contains.

In the night Raavi goes for a walk. Two goons tease Raavi. Shiva beats them and drives them away. Meanwhile Rishita sneaks into Shiva’s room and finds money in his bag. Later Rishita reveals in front of the family that Shiva secretly arranged money to start his own transport business. Family refuses to believe Rishita.

What will happen now? How Raavi will react to Shiva’s demand? Will Prafula agree to return the bangle?

Keep checking this space for latest updates of your favorite Hindi shows.