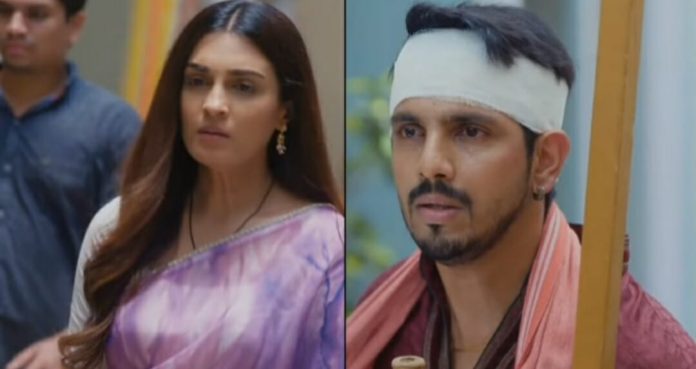 Star Plus popular show Pandya store is gearing up for more drama with Shiva deciding to hide himself for his family doesn’t get arrested for using the compensation given for his loss.

In the current story it’s seen that Shiva hides on seeing Dhara coming to his side. Dhara feels Shiva’s presence and looks on before going back to the store. A drunkard spots Shiva and identifies him. Shiva says that he is Ram, not Shiva.

He manages to get rid of him. Shiva thinks of hide himself till he arranges the compensation amount to return to the government. He decides to himself at prafulla’s house till that. Gautam sees Janardan vacating his store and asks Dev about the same. Dev says that the store ran in loss after he and rishita left.

Gautam gets sad remembering Shiva. He misses him and expresses his grief. The drunkard comes to the Pandyas and says that Shiva is alive and he spotted him near the tempo. Krish checks there and doesn’t find Shiva.

Pandyas don’t believe the drunkard words except Raavi. Later Shiva sneks into Pandyas house to get his clothes. Dhara hears a noise and comes to Shiva’s room to check. Shiva hides in the cupboard. Unaware of this, Dhara locks the cupboard.

In the upcoming episode it will be seen that Police will come to Pandyas house. The inspector will say that Government is giving compensation to family of the victims of highway accident and some people lie to get the compensation.

What will happen next? Will Pandyas spot Shiva?