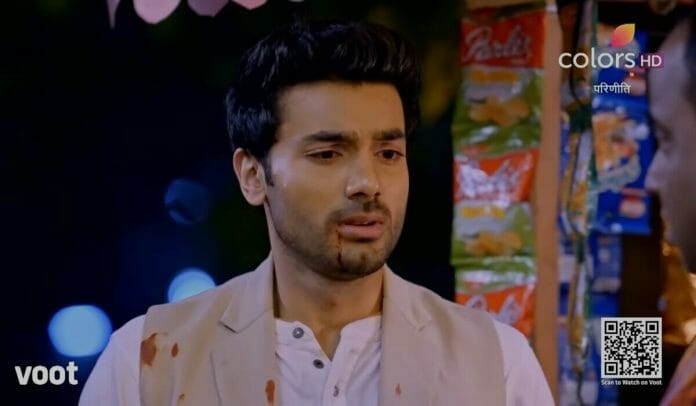 Parineeti is Colors TV’s popular show. This show never fails to entertain its audience with a unique story line. Now, the series focuses on Parineet will be in Trouble

In the recent episode we see; Old man got confused hearing Neeti introduced herself as Rajeev’s wife. Later, Parineet gained concious. Goon alerted Leo. She searched for her mobile to contact Rajeev. Leo stopped the car and mocked at her. She shouted for help. He asked her to contact her closed one with this low battery mobile. He made her unconcious.

Later, Rajeev sent Monty to inform his family members about current situation. Neeti and Rajeev learnt about Leo kidnapped Parineet from strangers. Rajeev and Neeti worried about her. Parineet found herself locked inside a box.

She shouted for help and contacted police for help. Due to poor connection phone was disconnected. Later, she contacted the call centre but they refused to help her. Leo and Alahawat enjoyed their drinks.

In the upcoming episode viewers will see; Neeti will confront Alahawat. She will reveal him that Parineet is alive. She will demand him where did he hide her?

Rajeev will tell her that he won’t give any information to us. Leo will share the location to Alahawat after Neeti left. Rajeev will save Parineet