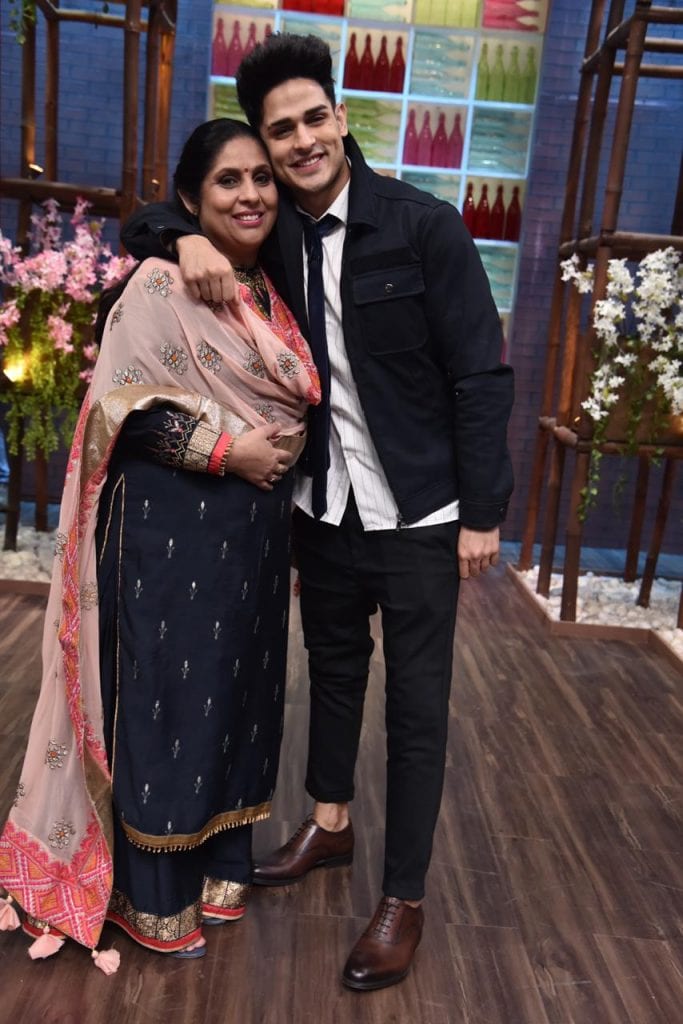 Television’s chocolate boy currently enjoying the adulation of women with his show Punch Beat playing a flamboyant teenager, Priyank Sharma is now to go make an appearance on a fun cooking reality show & will make a second time appearance with his mummy dearest.

Last we saw the mother-son duo together was when he was locked away in the Bigg Boss house & they two seemed to share a great bond. Apparently the show Kitchen Champion hosted by Arjun Bijlani where the participants have to impress kids with cooking up a storm & present dishes will see television’s two closest friends come together on television after Bigg Boss for the first time.

A source close to the show shares, ‘There will be a cook-off between Priyank & Hina who will be accompanied by her beau Rocky Jaiswal on the show. It will be interesting to see the two together who got along like a house on fire in the reality show & also have had their share of ups & downs. So it only made sense to bring them together as they share a great camaraderie & have been friends ever since their exit from the show & will provide for great entertainment for the fun concept of the show.’