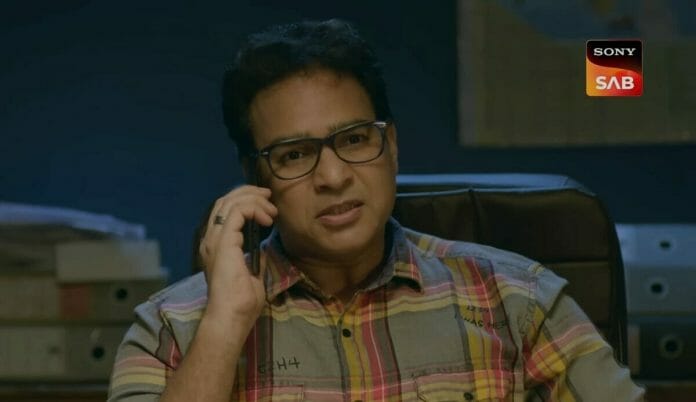 Previously we have seen that, Police rescued Chirag nd warned him to keep whatever happened a secret.
He told about their plan to kidnap Mansi Raidhan.
Pushpa asked Deepti to call and ask her father about Chirag.

She called Manish to check on Chirag but Manish gave her a shocking news that Police has sealed their workplace as passport smuggling took place there shocking Deepti.

He also told her to keep it secret upon Police’s order.
Pushpa was worried for Chirag unaware of her own wound. Chirag warned Ashwin about Mansi’s kidnap and Ashwin alerted Mansi.

Jogi and Police followed Mansi who learnt about Bapodhara getting threatened by Janani Group from Deepti.Jogi’s men kidnap Mansi and Jogi calls Dharam to India to rescue Mansi.

Police rescue Mansi but Dharam was not aware of it and Jogi pretended like he still had Mansi. Mansi hid about her kidnap from her father in order to not make him worry.

She learns about Bharat Bapodhara’s family and leaves to meet them. Pushpa learnt about what happened with Chirag when Mansi called him to thank him.
He apologized Pushpa and promised to not hide anything from her anymore. Pushpa left to stall a nd managed to impress the crowd.

In the future episodes we will witness, Dharam will reach India and someone will accident his car. Ashwin will give blood to save him when Pushpa will come there. She will ask Ashwin what happened and Dharam will get shocked seeing her.

She will ask Ashwin what happened and he will say that he just came to give blood. He will introduce Pushpa to Dharam who will thank her. Pushpa will get shocked hearing his voice.

Will Mansi gets saved? Will redevelopment takes place? Will Pushpa learn that Dileep is Dharam?