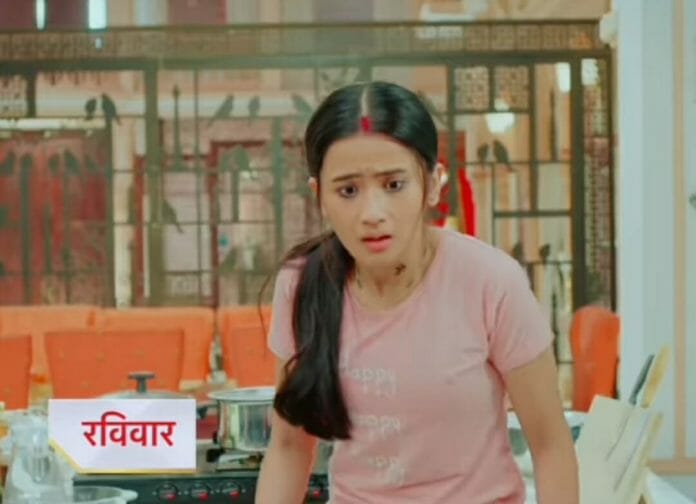 Star Plus’ popular daily soap, Rajjo, is gearing up for more drama, with Arjun and Rajjo fighting over Chirag and Kalindi issues.

In the current story, it’s seen that Arjun and Rajjo fight over Rajjo hiding Kalindi and Rocky’s affair from Arjun. Arjun calls their relationship a lie which hurts Rajjo. The latter advises him to look at the people in front of him and try to read their faces and listen to their hearts.

Manorama overhears Pushkar saying to Niharika that he has realized Rajjo’s talent and wants to rectify his mistake by bringing her potential out and for that, he brought special supplement for her.

Manorama grows suspicious as she knows that Pushkar can’t do good to Rajjo. As Arjun and Rajjo curse each other in their minds, Niharika asks Rajjo to get ready for practice. Manorama interrupts them and advises Rajjo and Arjun to spend more time with each other.

Arjun refuses, saying that Rajjo has more important work than him. Manorama advises Rajjo to make Arjun and his family her priority. Manorama tries to indirectly say to Rajjo to get closer to Arjun, but Rajjo doesn’t understand it. Rajjo tells them about being careful with her diet to become a fit athlete.

Pushkar intervenes their talk and assures them that he will take care of Rajjo’s diet, and tells them about getting a special supplement for Rajjo.

Manorama tries to prevent Rajjo from taking the supplement, but Rajjo wants to take it as Pushkar states it’s important to include it in a diet to become an athlete.

In the upcoming story, it will be seen that Rajjo will bake the laddu made using the supplement given by Pushkar in the microwave.

Suddenly, there will be a fire inside the microwave and Rajjo will get scared. She will try to switch off the microwave, but will get electrocuted. Arjun will rush to save Rajjo.

What will happen next? Will Rajjo understand Pushkar’s evil intention?