Kahan Hum Kahan Tum will be showing some light-hearted romantic scenes after a long struggle in the lives of Sonakshi and Rohit. Amidst all the chaos and confusion Rohit and Sonakshi will finally get some quality time to spend in the show Kahan Hum Kahan Tum.

In the past episodes, Rohit and Sonakshi were found to go through a huge traumatic period of their life even though they were in the process of getting married. After so much of trouble, Rohit and Sonakshi got married and is all set to start their new life.

In the upcoming episodes, there will be some romantic scenes and lighthearted romance in the show for the viewers to enjoy. Sonakshi will reach the Sippy mansion. Veena will later apologize to Sonakshi and will ask her to do the following rituals. Happy Sonakshi will be delighted to fulfill the rituals. Here, YK and Ajit will give a tip to Rohit for his first night. With all the teasing and fun, on the other side, Sonakshi will also get a tip for her first night as well.

March 6, 2021
Chithi 6th March 2021 Written Update on TellyExpress.com The episode starts with Yazhini serving food to Kavin. She notices the towel on the chair's back... 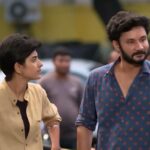 Sathya 6th March 2021 Written Update: Prabhu is on a mission

March 6, 2021
Sathya 6th March 2021 Written Update on TellyExpress.com The episode starts with Prabhu is driving the car. Sasi is sitting beside him. Sasi questions Prabhu... 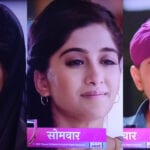 March 6, 2021
Naga Bhairavi 6th March 2021 Written Update on TellyExpress.com Episode starts with Bhairavi says how you guys beared this much pain, why didn't you guys...