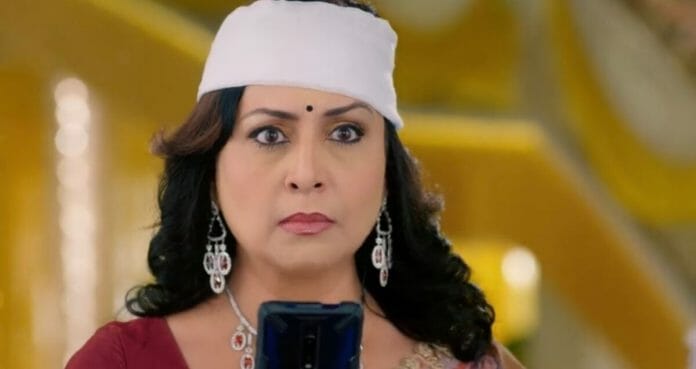 Sneha Jain and Gautam Vig starrer Saath Nibhaana Saathiya 2 is one of the top Star Plus show. It is a sequel to the long-running show Saath Nibhaana Saathiya. Now, Gehna plans to tell the truth to Surya in the party. Meanwhile, Suhani planning to kidnap Gehna so it will be intriguing to watch that what going to happen in the future episodes.

In the current track, Gehna invites Urmila to the party. Urmila hesitates so Gehna convinces her. Gehna gets surprised seeing the decorations in her room. Surya tries to get close to her and she runs from there. They falls on the bed and stares each other. He tells her that he loves her and he want to stay with her like this always. She places a kiss on his forehead so he teases her. Suhani tells Sarika that Surya getting closer to Gehna which is not good for them. And if it continued then they will become maids. Sarika imagines working like maids. Suhani informs her that Shreya is also with Gehna now. Surya gifts saree to Suhani. He tells her that he has lovable wife and mother so he don’t need anything else in his life. Gehna receives Surya’s birth certificate. Later, Surya takes Gehna to the lawn. She gets surprised seeing the attire, jewels and marriage set up. He tells her that he want to marry her wholeheartedly. They exchanges marriage garlands and takes pheras. He ties nuptial chain around her neck and applies vermilion on her. forehead. He asks for a kiss which makes her shy.

In the upcoming episode, Surya will tell Gehna that he has been looking for her since so long. She will tell him that it’s not good to get so habituated to her. He will say that she is his addiction. Suhani will tell Waiter to kidnap Gehna.

Will Gehna to kiss Surya? Will Waiter be able to execute Suhani’s plan?