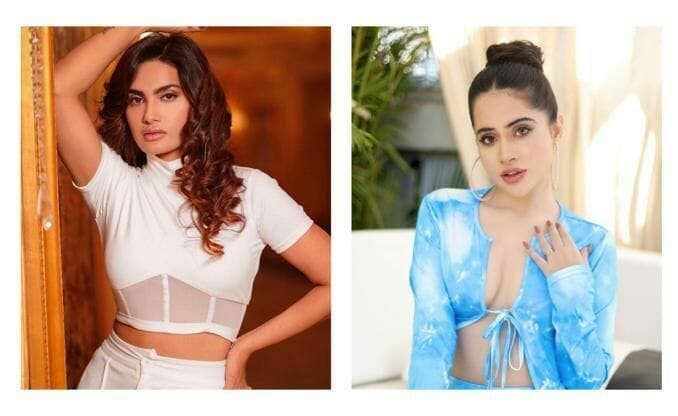 In a promo that has gone viral, Splitsvilla contestants Sakshi Dwivedi and Uorfi can be seen getting into a verbal spat. The former comments on Uorfi’s dressing sense, who, in turn, comments on Sakshi’s social media following.

We got in touch with Sakhi, who tells us that this was not exactly what happened. “It’s not the whole story that they have shown, since it’s just a promo. I don’t know if I’m allowed to say everything that actually happened. I can talk about it when the show releases. They can go to any level,” she says.

Sakshi adds that she never felt the need to go through Uorfi’s social media profiles or do a background check on her. “I wish I also stalked her the way she has been stalking me since forever. But she was so irrelevant that I never actually thought about opening her Instagram and checking out her posts,” she says.

The actor feels that reality shows deliberately put contestants in such positions that they end up fighting with each other. “Of course, they do this otherwise, what’s the point of a reality show? Who’s going to watch lovey-dovey stuff? People love masala and that’s what the creators know that this is the reason why the show will run and do well,” she says.

Ask her how Uorfi is as a person, and she says, “Initially, I couldn’t stand her. She was that bad. And I just hated her. And I was like, why is she even on the show? She did a lot of stuff which was unacceptable, which we’ll watch when that whole episode gets released. She started making personal comments on me, on my Instagram posts, and she called me names and abused me. But I was in power. I was the queen bee at that time. In fact, one time she even made us lose the whole task because of the way she behaved with me.”

However, Sakshi maintains that she did not comment on Uorfi’s dressing sense in the way it has been shown in the promo. “The relationship between us is not really great. Maybe later, it might turn out to be good. But at this point of time, we didn’t like each other, we were enemies. I am a very free minded soul and I really don’t care what people wear. It’s their choice. So, I would never comment on her clothes. I would never go down to the level where I tell her that okay, you wear this or that? I mean, it’s fine!” she says.

She adds, “Now let’s see what is shown in the episode because there are a lot of things that happened and looking forward to seeing what is shown.”