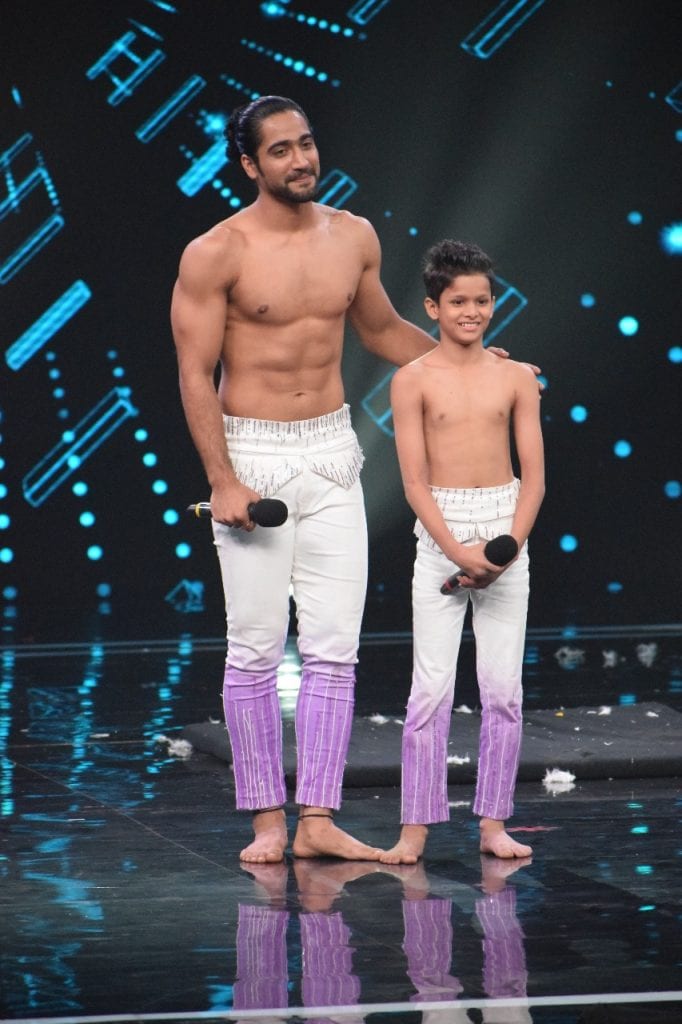 Choreographer & youth sensation Sanam Johar has been making waves on television, this time apart from his stellar dance performances. Currently in a dance reality show mentoring a junior, Sanam Johar has come around to become a favorite of the judges & the makers have even gone ahead & introduced a fun love triangle between Mamaji, Sanam & Shilpa Shetty on Shilpa’s behest to entertain more. With each passing week into the competition, Sanam pulled off a complete dance act in sand as he danced to Salman Khan’s Sultan song in an Akhada set up following a thunderous applause & standing ovation.
With consistent performances Sanam stole the show this week with a standing ovation even before the completion of the Sultan inspired Akhada act. Apparently the ladies Shilpa Shetty & guest Kriti Sanon went ahead & complimented him for the perfect abs.
A source from the show shares , ‘Sanam has been a star performer & has managed to impress the judges with his personality alongside his dancing & choreography. This week the duo performed in sand which was quite challenging as they both would puke often during rehearsals. It was by far one of the most difficult performances as there is enough risk of sand entering the nostrils, eyes & mouth hampering the act but they managed it fine & were immediately taken out to clean up after the act.

While the act was still on, the judges gave a standing ovation. Sanam was the highest scorer & got full marks for his act. His bare chested act fetched him brownie points as the dancer has bulked up as compared to his lean frame during Nach Baliye & caught fancy of the ladies in the house.’