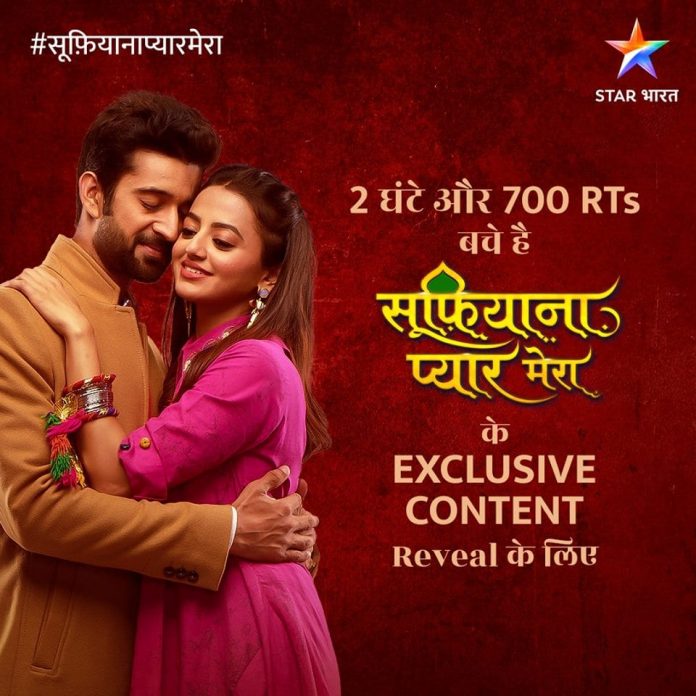 Star Bharat new show Sufiyana Pyaar Mera is going to start from tonight and before that TellyExpress brings you some exclusive insights about the show and it’s happenings.

In tonight’s episode viewers will see that Zaroon who is born and brought up in overseas has his origin residing in Kolkata. Zaroon is a guy who don’t know how to get defeated and achieves everything he is desired for. His father who is ambitious about the throne of Delhi’s Dargah asks his son to get married to their daughter in a order to achieve his goal.

Now it will be interesting to see how these three will cope up with this arising misunderstanding ?Well, how much are you excited to see the pair of Rajveer Singh and Helly Shah on screen tell us in comments.

The show is airing its premier tonight at 10PM only on Star Bharat.