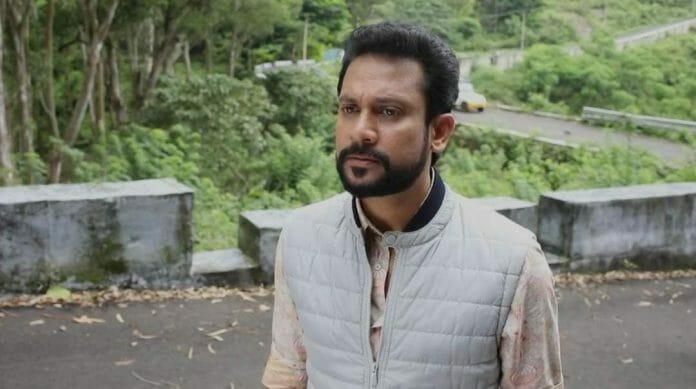 Vijay Television’s popular daily soap Tamizhum Saraswathiyum is all set for some interesting twists and turns in the story with Tamizh being in danger.
Previously it was seen that Karthi got call from an employee from the factory to ask his guidance. Karthi got elated when the employee said that Tamizh had asked to follow Karthi’s instructions.

The next morning Saraswathi got angry at Vasundhara for sleeping during the last night. Saraswathi apologized realizing her mistake but Vasundhara said that she was happy with Saraswathi’s scoldings since they reflected her love and care for her.

Tamizh spilled to Vasundhara that he fainted seeing a small snake. Vasundhara, Saraswathi and Karthi pull Tamizh leg about this. Later the couple went for a boad ride. Tamizh and Saraswathi landed in trouble when Tamizh lost the oar while boating.

In today’s episode it will be seen that Karthi will act smartly and will save Saraswathi and Tamizh. The torurists who will witness this will appreciate Karhi’s effort to save his own brother and sister-in-law. Tamizh and Saraswathi will be elated seeing Karthi’s care for them.

Saraswathi will thank Karthi will say that he can be angry with his brother, but can’t ignore them when their lifes are in danger. He will further say that however he didn’t forget or forgive them for insulting him. Later karthi will engage into a verbal fight with the local thugs.

Tamizh will interrupt and will apologize folding his hands in front of the thugs to calm down the situation which will enrage Karthi.

What will happen next? Will Karthi understand Tamizh’s reason behind his act and will let go of his anger?