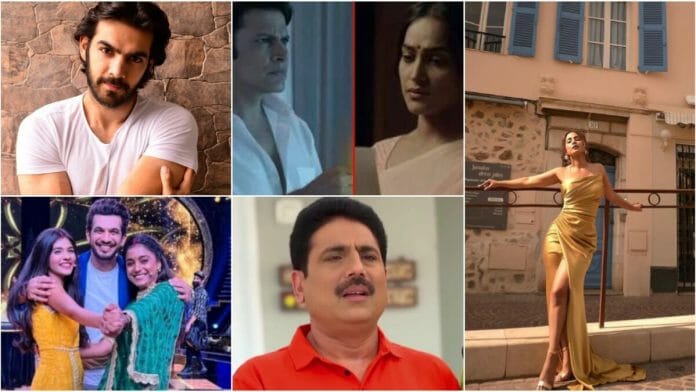 Here we bring the latest breaking news from the Television world. Don’t miss the updates read them out quickly below:

Karan V Grover who is currently seen in Udaariyaan as Angad seems to bid adieu to the show soon. He was playing grey yet received fans applaud for his performance. According to the latest report, Karan has bagged a new show for Sandiip Sikcand for Star Bharat. Actress Sayali Salunkhe is roped in opposite to Grover in the show.

Karan has already worked with Sandiip in Star Plus show Kahaan Hum Kahaan Tum. As Rohit he has earned a separate fan base. It won’t be less than a treat for fans to see him back again in a new character.

Star Plus is all set to launch new show named ‘Raviaar with Star Parivaar’. Team Yeh Rishta Kya Kehlata Hai and Imlie will be the first guest for the show reportedly.

Rajshree Thakur and Cezane Khan upcoming show ‘Appnapan’ get a launch date. The show is all set to hit the floor from 10th June.

Tarak Mehta Ka Ooltah Chasma fame Shailesh Lodha was in the news for quitting the show. According to the report, Shailesh was unhappy with his character development in the show hence he wasn’t shooting from past few months. Declining the news, producer Asit Kumar Modi told to media that Shailesh is still part of the show.

Shailesh play the role of Tarak in the show.

Actress Hina is ruling everywhere for marking her presence yet again at Cannes 2022. She lit the screen with her gorgeous mark at red carpet. But Khan was disappointed for not being invited  in the opening ceremony of the fest.

Stay tuned with us for more TV news and updates