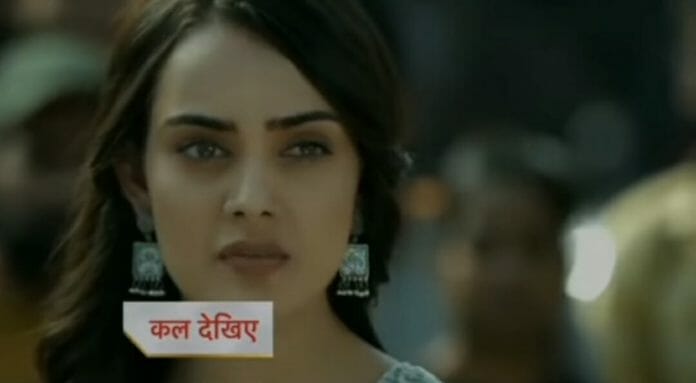 As reported earlier Angad wins the turban competition. He notices Akaal is not happy them he removes his backside string to make him win. Veer notices it. Bebe is about to present a gift to Angad. Jasleen stops her and points Angad’s turban is not set completely.

Bebe says in that case Akaal won this time too. Angad congratulates his grandfather. Santosh doesn’t get a positive reply from Ballu. She requests Sahiba to arrange passes for them for Brar’s anniversary. Sahiba says she will try.

Angad decorates the mansion with a 25cr diamond to impress his grandfather but Akaal doesn’t get impressed and shows Angad last year’s celebration photo and says he likes decoration traditionally.

Angad promises Akaal to change everything in 3 hours. Veer asks where they can get an artist. Decorators tell Angad the location where he can artist. Angad reaches the place. Sahiba also steps down from auto.

Angad opens his car door and breaks Sahiba’s pot. Sahiba gets angry with him. Voice over says as our story will begin with this meeting of Sahiba and Angad.

Veer and Angad reach the shop which belongs to Sahiba. They ask her to decorate their house. Sahiba refuses to do it. Angad gives her his card and tells her she can charge how much she wants.

Sahiba asks them for 2 entry pass to do their work. Angad refuses. Sahiba says she won’t accept to work for them until he agrees to her demand.

Will Angad fulfill Sahiba’s demand? Will Sahiba be able to impress Akaal?
All these questions will be answered in the upcoming episodes.