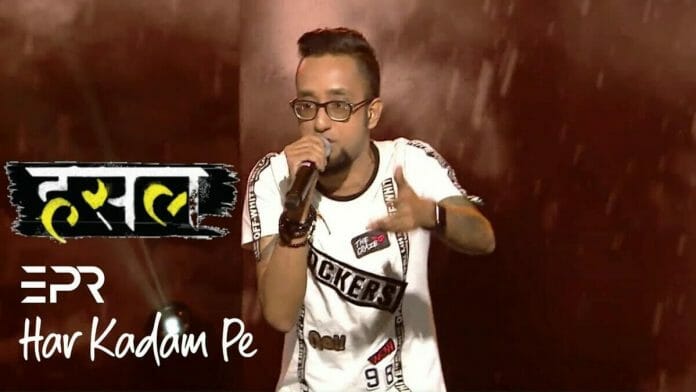 It’s untamed. It’s bold. And it refuses to conform. Rap music has been through an unprecedented evolution, with India’s first-ever rap reality television show, MTV Hustle being at the forefront of this shake-up. The show brought to the fore some of the finest rap sensations from across the country, bolstering untapped talent and their fresh sounds. And boy, was that one thrilling ride or what!

After the gigantic success of the first season, MTV is all set to turn up the heat with Realme MTV Hustle 2.0, with none other than the rap supremo and global artist Badshah himself! While we wait for the new rappers to set the stage on fire with their talent, let’s look at some of the jaw-dropping moments from MTV Hustle (Season 1).

Who can forget the rap-chik entry of the OG hustler, Naezy! An inspiration and a true icon for many budding rappers, Naezy joined the judges panel of MTV Hustle as a guest judge, much to the sheer delight of his fans and the audience. Like the dashing personality he is, his performance was equally rocking and power-packed! This was an iconic moment where the viewers and contestants were all in raptures as Naezy brought the house down!

The Semi-Finale Episode – Kaam Bhari, Slow Cheetah, and Spitfire took over the stage

The semi-finale episode of MTV Hustle was one of the most dhamakedar episodes of all time. The crème de la crème of India’s rap scene, Kaam Bhari, Slow Cheetah, and Spitfire enthralled the crowd. Moreover, Shabina, a sign language interpreter and expert, performed Spitfire’s bars through sign language for the hearing-impaired, while he rapped! This was yet another iconic moment that defined the radical impact of MTV Hustle’s music.

Megastar and lover of all things rap, Ranveer Singh took to Instagram to send his good wishes and extend his support to MTV Hustle’s contestants! Just like his energetic personality, his message was just as fun and encouraging for all the talent battling it out on the stage. He also mentioned how proud he was of the way MTV Hustle was taking Indian hip-hop to the next level.