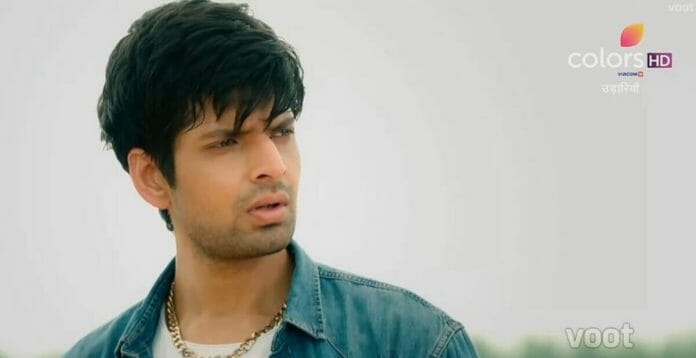 Colors’ popular show Udaariyaan is gearing up for more drama, with Fateh-Tejo’s tragic death in a car accident.

Previously, it was seen that while Fateh-Tejo and their family were dancing and enjoying, Ekam’s dad was threatened by a few goons. Those goons cut the breakwire of Fateh-Tejo’s car mistakenly. Fateh-Tejo expressed their gratitude to Nehmat for giving them the idea of their remarriage.

They expressed their love for her. Nehmat became emotional. Naaz recorded this. The family teased Nehmat. While Nehmat was leaving, her dress got stuck with Tejo’s bangles. Tejo removed it and hugged both Nehmat and Naaz. Nehmat, Naaz and Sandhus reached home and waited for the Virks.

On the way, the Virks panicked when Kushbeer notified them that the car’s breakwire wasn’t working. Following Fateh’s instructions, Kushbeer tried to avoid a collision with another car. The car lost balance and rolled and turned upside down. The Virks were lying dead in the pool of their blood. Fateh and Tejo were badly injured and they crawled towards each other.

They share an emotional last conversation before dying. Sandhus, Nehmat and Naaz were shattered by learning about the Virks’ death. Naaz and Nehmat promised each other to always be together and take care of each other. After a 16-year leap, Nehmat and Ekam were grownup. They discuss Ekam’s dad.

They wonder why Ekam’s dad is against their love and why he doesn’t want Ekam to join the police academy. Meanwhile, Ekam’s dad was regretful for being responsible for the Virks’ death.

In the upcoming episode, it will be seen that even after 16 years, Nehmat will still be sad over her parents’ death. Ekam will say that he wants to become a police officer to find out the truth about Nehmat’s parents’ accident and why his dad got suspended.

Will Nehmat’s love for Ekam turn into hatred after learning that Ekam’s dad is responsible for her parents’death?