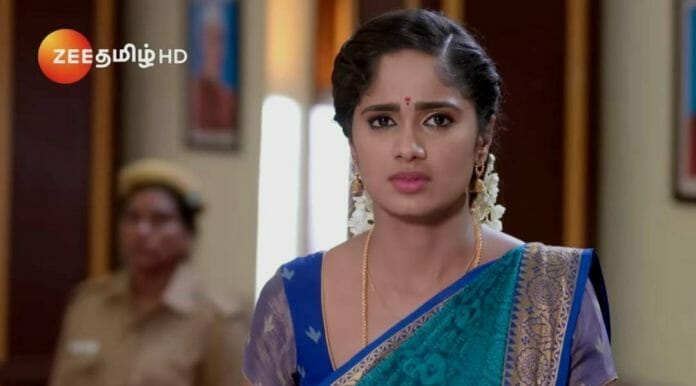 Zee Tamil much loved show Vidya No1 is gearing up for drama with Vidya being questioning about the allegations put on her by the judge.

Previously it was seen that Vidya defended Sanjay and warned Suryaprakash to not utter a word against her husband. She told that Sanjay accepted her as wife, but he couldn’t tell their marriage truth now as it would cost Sanjay and Vedavalli’s mother son relation.

Suryaprakash got overjoyed that finally Sanjay had accepted Vidya. However he was worried about Ranjith and the false case he filed on Vidya. The latter also got worried about the same. Sanjay reassured Vidya.

Later the judge questioned Vidya regarding the accusation that Ranjith put on her. Vidya denied the allegation. Ranjith’s lawyer kept accusing Vidya. The judge warned him stating that the allegation against Vidya wasn’t proved yet.

In the upcoming episode it will be seen that Ranjith’s lawyer will submit Vidya and Ranjith’s photo in wedding attire and their marriage certificate as proof to the judge.

How Vidya is going to prove her innocence? Will Vidya can save herself from Ranjith’s trap without telling the truth about her marriage with Sanjay?