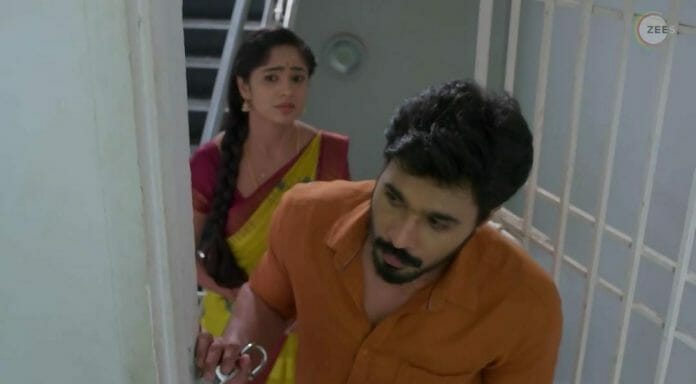 Zee Tamil much loved show Vidya No1 is gearing up for drama with Preethi slapping Vidya.

Preethi was shocked to see Sanjay with Vidya. She understood that Sanjay lied to Vedavalli and came to the village to perform the ritual with Vidya. Sanjay and Vidya noticed Preethi and looked on shocked.

In today’s episode, it will be seen that Preethi slaps Vidya accusing her of trying to trap Sanjay for money. Sanjay denies it and says that it was a coincidence that Vidya and him met in the village. However Preethi isn’t convinced and warns Vidya to stay away from Sanjay.

Sanjay then convinces Preethi not tell what happened in the village to Vedavalli. The family gives grand welcome to Sanjay. Vedavalli announces that she got approval for Sanjay’s project using her influence as a compliment for Sanjay’s obedience towards her. Sanjay hides from Chandramohan,

Vijay and Manasa about meeting Vidya in the village. Later Sanjay picks up Vidya who reached Chennai. He sneaks with her inside the house from the back door. He hides seeing Meghna coming their way.