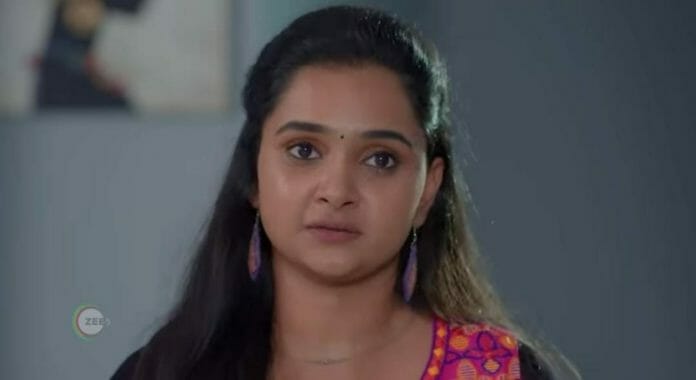 Zee Tamil’s popular show, Vidya No1, is gearing up for drama with Vedavalli is forced to let Vidya stay at home

Previously, it was seen that Vedavalli stayed adamant in her decision not to accept Vidya as her daughter-in-law.Chandramohan continued to argue with Vedavalli over this topic. Even Vedavalli’s sister tried to convince her. But Vedavalli was stubborn. She asked Vidya to leave the house.

Vidya begged Vedavalli to let her stay in the house as a servant. Vedavalli refused. Sanjay tries to convince Vedavalli by saying that the media would criticise her if she immediately threw Vidya out of the house and asked her to wait.

But Vedavalli dragged Vidya out of the house to throw her out. But media people arrived there. Vedavalli left Vidya’s hand. The reporters questioned Vedavalli.

Sanjay got furious at the media’s questions and scolded them. She declared to the meditation his and Vidya’s marriage is a love come arranged marriage. He loved Vidya and on knowing this, Vedavalli got him married to Vidya.

In today’s episode, it’s seen that Vedavalli is forced not to throw Vidya from the house due to the statement given by Sanjay to the reporters. However Vedavalli firmly states that she can never accept Vidya as her daughter-in-law. Preethi and her mom fume that Vedavalli didn’t kick Vidya out of the house.

Later Chandramohan reveals to his gang that he informed the media. Vidya isn’t happy with Chandramohan’s act. But Sanjay supports Chandramoha. Preethi overhears thir talk and goes to tell this to Vedavalli, but Vidya stops her.

What will happen next? What will Vidya do to win Vedavalli’s heart? Will she be Successful?