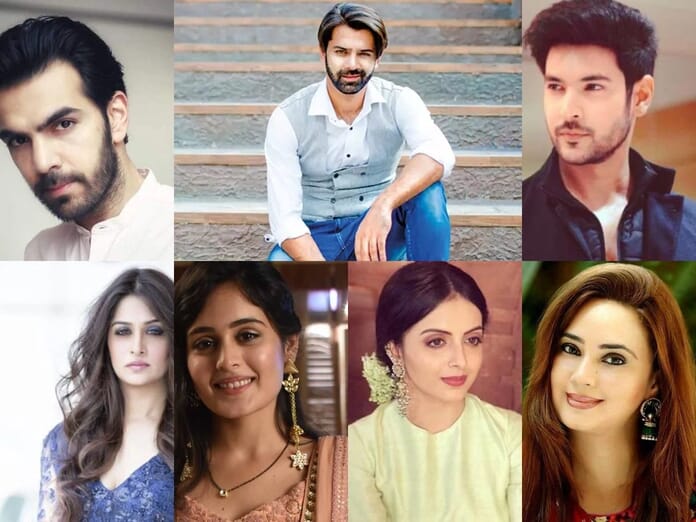 Well, it is now buzzing hot that producer Yash Patnaik and Mamta Patnaik will bring third edition of ‘Kuch Rang Pyaar Ke’. Nothing is confirmed yet still latest report reads; show might not witness Shaheer and Erica again. Producer Yash Patnaik and Mamta Patnaik is well-known for bringing new faces for their shows. This is the big reason why rumours are ringing around that season 3 will not star Sheikh and Fernandes in the lead. For the loyal fans of the show; Dev and Sonakshi are just not characters but emotion. It will be interesting to watch whether ‘Kuch Rang Pyaar Ke Aise Bhi season 3’ will bring Shaheer and Erica on board or not. Till the show and cast gets confirmation here we bring suggestion if not Shaheer and Erica then which actor will best suit the role. Check them out below and comment for your favorite.

Versatile actor KVG is best known for experimenting character. It will be surely a treat to watch him in a subtle character like ‘Dev Dixit’. Karan hit audience heart by playing Dr. Rohit Sippy in Kahaan Hum Kahaan Tum. Grover will truly nail the character if he gets an opportunity to bag Kuch Rang Pyaar Ke Aise Bhi.

There is no denying that Shivin brings life to the character. His acting skills are mind blowing. Fans won’t mind if he experiment playing business tycoon on-screen. Shivin was last seen in Sony TV show ‘Beyhadh 2’.

Talented hunk has already made an irreplaceable place by playing business tycoon on-screen. It won’t be very difficult for Sobti to ace the character like ‘Dev’. Thus, Barun is another good option for ‘Kuch Rang Pyaar Ke Aise Bhi’3.

Dazzling diva never fails to amaze her fans. Her stellar performance as Sonakshi Rastogi is amazing. Playing ‘Sonakhi Bose’ will give Kakkar another big chance to flaunt her acting skills.

Shernu is another outstanding performer. Diva never misses a chance to awestruck her fans with her acting skills. She has experimented playing grey shade on-screen and won heart. Parikh will surely manage to gain audience attention if she gets an opportunity to play lead in third edition of Kuch Rang Pyaar Ke Aise Bhi.