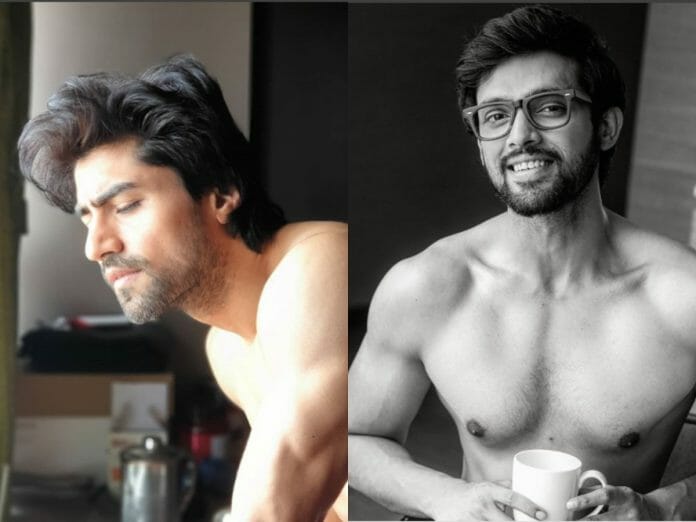 Parth Samthaan and Harshad Chopda both are undoubtedly one of the biggest ITV celebrities. They both are equally popular and never fail to give hit shot.

Harshad Chopda is well known for his role in shows ‘Left Right Left’, ‘Tere Liye’ and ‘Bepannah’. Actor became one of the most talked celebrities after playing the character Aditya Hooda in colors shows ‘Bepannah’. He was outstanding as Aditya and amazed the fans with his brilliant performance. His fans and followers drool over the hunk because of his intense and powerful scenes in Bepannah.

While, Parth Samthaan rose to fame after playing the character of Manik Malhotra in MTV show ‘Kaisi Yeh Yaarian’. His flawless performance in the show won millions of heart and as the result fans still drool over Manik Malhotra.

Both the sexy hunks are very popular. And has a separate fanbase, but today will compare both to know who looks more ‘HOT’ shirtless.

Well, Kasauti Zindagi Kay actor is no less. Parth whenever shares his shirtless picture he makes fan to lose their heart to him. His solid abs and perfect curves are to die for. Parth’s pictures without shirts are hotness overloaded, and he surely makes his female fans to go weak!.

Now the question is who looks hot shirtless? Well, we would like to hear from you. Amid Parth Samthaan and Harshad Chopda who is hotter shirtless? Shoot your answers in the comment section below.