Episode begins with Yuvraj runs to Preesha and picks her and takes her from there to admit her in the hospital. On the other hand, Bunty stops the car and asks Rudraksh to talk to Ruhi and he moves from there. Rudraksh tells Ruhi that he knows that she is angry because he left without meeting her. She says that she helped him so much still he didn’t meet her before leaving and she is so angry with him that she won’t talk to him. He apologizes to her for hurting her. He tells her that he will do everything which she wants him to do ( Title song plays in the background).

She tells him that she is sad and she cried a lot after reading the letter and she won’t talk to him. He tells her that he was also sad that’s why he returned and he will cry if she won’t talk to him then. She hugs him and he hugs her back. Bunty gets emotional seeing them and tells himself that Rudraksh won’t get to know that Ruhi is his daughter.

Meanwhile, Doctor tells Yuvraj that Preesha is fine and she will regain her consciousness soon. Yuvraj thinks that he did this just to stop Preesha from seeing Rudraksh and now Rudraksh would have left the village. Bunty tells Rudraksh that they have to leave now. Rudraksh tells Ruhi that his mother waiting for him so he have to leave. She asks him that what can she do if she miss him then.

He gives his mobile number to her saying that he will come to meet her if she calls him then. She smiles. They drops Ruhi in her home. Saachi informs Ruhi about Preesha’s accident which shocks everyone. Rudraksh consoles Ruhi saying that he will take her to hospital. Bunty hopes that Preesha is fine. They reaches the hospital. Bunty asks Rudraksh to wait in the waiting room. He takes Ruhi inside.

Preesha regains her consciousness. Yuvraj asks her to scold him later. Nurse informs Preesha about accident and says that the latter is fine now because Yuvraj admitted her on time. She refers Yuvraj as Preesha’s husband. Preesha says that Yuvraj is not her husband. Yuvraj notices Bunty and he leaves the room saying that he will bring medicines. Meena asks Preesha that how it happened. Preesha tells her that she was searching Ruhi.

Ruhi comes there and asks that if the latter is fine. Preesha asks her that how the latter reached the hospital. She gets shocked seeing Bunty there. She asks Meena to take Ruhi and Saachi to canteen. Bunty assures Preesha saying that he didn’t say the truth to Rudraksh and he is waiting outside. He asks him to go to Rudraksh and leave. She cries and asks God that why he is punishing her like this. Yuvraj clicks Rudraksh’s picture and sends it to Mukhiya. 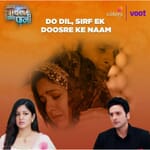 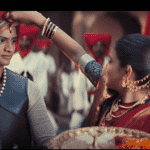 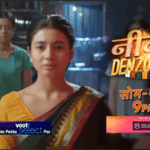 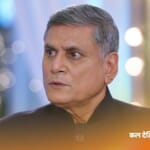 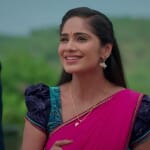