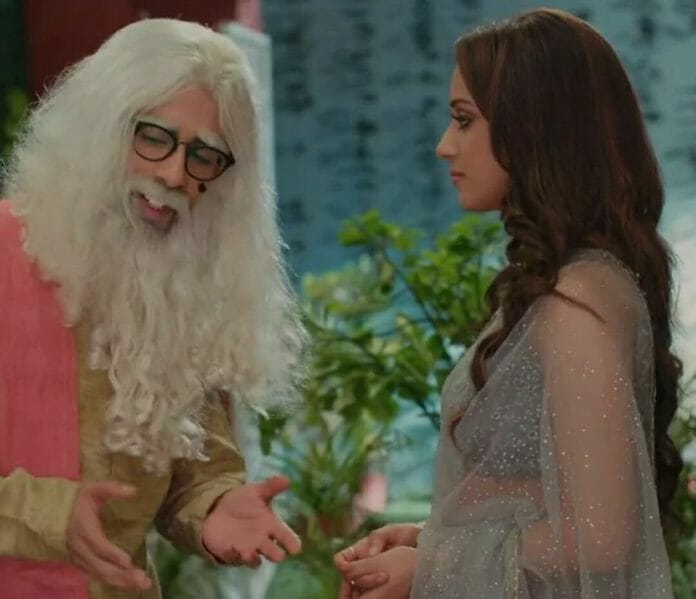 Abrar Qazi and Sargun Kaur Luthra starrer Yeh Hai Chahatein is one of the top Star Plus show because of the interesting storyline. The twists and turns of the show have glued us to the screens. Now, Rudraksh gets rejected by Kanchan in the job interview so it will be intriguing to watch that what going to happen in the future episodes.

In the current track, Preesha opens the washroom door and she goes inside. Other side, Rudraksh recalls how he escaped from washroom through window. He spots Armaan outside MK make-up studio. He covers himself with car cover and moves from there.

Armaan tells him that the latter dropped his handkerchief. Rudraksh changes his voice and he says that, that’s not his handkerchief and leaves from there. He meets his kids and Vanshika. He tells them everything.

Later, Rudraksh tells his kids that he is tired so he needs to take rest. Ruhi tells him that they can’t sleep tonight because Rudraksh did not become a gardener yet. Saaransh says that Rudraksh has to learn to walk and talk like a gardener.

So Rudraksh needs training. Rudraksh says that he don’t need any training. Ruhi tells him that he has to live at Armaan’s house so this training is important. Kids makes Rudraksh watch gardening videos. Ruhi motivates him saying that their mission is bringing Preesha back home.

Next day, Rudraksh gives gardening lessons to Preesha. She tells him she is glad Kanchan hired him. She notices his fake beard and she removes it. She yells at him. He tells her that he and their kids loves her so much. She pushes him and faints.

And it turns out to be his dream. He tells about his dream to Ruhi. He says that he can’t put Preesha’s life at danger. She asks him to not get scared because nothing will happen to Preesha.

In the upcoming episode, Kanchan will interview people for gardening job. She will tell Rudraksh that he is old and she don’t think that he can take care of her garden. She will ask him to leave from there.