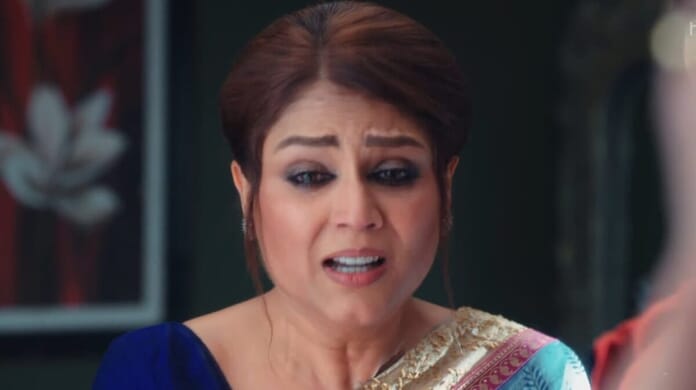 Star Plus show Yeh Hai Chahatein is always on top because of the interesting storyline. The twists and turns of the show have glued us to the screens. Now, Sulochana revealed the truth to Rudraksh so it will be intriguing to watch that what going to happen in the future episodes.

In the current episode, Prosecutor tells that Preesha pushed Devika while fighting with her and didn’t even try to help her because according to Forensic expert Devika died when her back head hit on something hard. Preesha’s Lawyer asks Armaan about Preesha’s personality.

Armaan praises her saying that she is really a good mother and also good sister in law and brought happiness in his life. Preesha’s Lawyer tells Judge that Preesha don’t have any motive to murder Devika. Prosecutor reveals that Preesha had an affair with her ex husband Rudraksh and Devika got to know about it, that’s why Preesha murdered Devika.

Sulochana tells Rudraksh that she learnt that Devika decided to call off the marriage so she tried to convince her and when Devika was about to leave the room, she held her hand to stop her but Devika fell down and her head hit on the bed and she realised that Devika died so in fear she set up like Devika commited suicide. Rudraksh asks her to confess her crime to the Police but she refuses saying that it was just an accident and she didn’t murder Devika.

In the upcoming episode, Rudraksh will call the Police inspector to tell about Sulochana but will learn that Judge going to give the verdict. In the court, Judge will say that it’s Preesha who met Devika at last and all the evidence proves that Preesha is Devika’s murderer and he will get ready to give the verdict.

Will Sulochana change her decision? How Rudraksh going to change Sulochana’s decision?