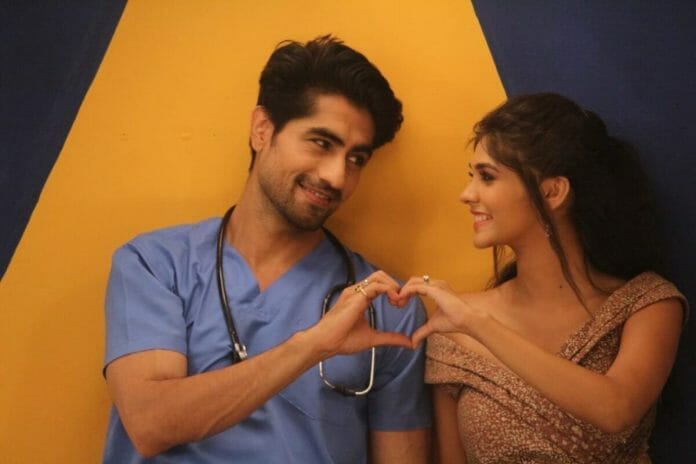 In today’s episode, Abhimanyu practice for Neil’s sangeet along with Shefali and Nishta. Neil too practices for his sangeet. Manjiri wishes good luck to Abhimanyu. Abhimanyu remembers Akshara. He says he love Akshara and he will wait for her reply.

Suhasini and Swarna worries what will happen at Neil and Arohi’s sangeet. Akhliesh says Mahima’s face is unbearable. Suhasini and Swarna wish sangeet goes smoothly. Shefali and Manjiri talk with each other. Shefali says Mahima didn’t step out from her room since long. Manjiri says let Mahima realise her mistake. Shefali asks Manjiri to focus on Neil and Abhimanyu’s happiness. Manjiri says she is happy for Neil. She adds Abhimanyu has suffered a lot and he deserves the happiness. She wishes for Abhimanyu and Neil’s happiness.

Abhimanyu gets excited to meet Akshara. Birlas decked up for Neil’s sangeet. Parth says to Abhimanyu that he will not go if he isn’t comfortable. Abhimanyu asks Parth to come along. Manjiri wish Neil’s sangeet takes place smoothly. Arohi receives a prenup papers from Atul. Suhasini asks Arohi about the papers. Arohi lie to Suhasini. Akshara thinks what Arohi is hiding. She worries about the papers. Abhimanyu decide to make Akshara feel his heart beat.