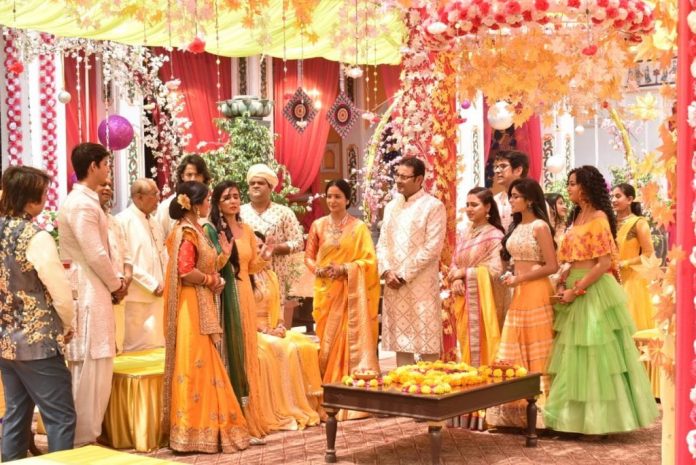 The upcoming episode of Star Plus’ new show Yeh Rishtey Hain Pyaar Ke is up for some major drama.

Earlier we have seen that At Ketki’s Sangeet ceremony police arrived to arrest Mishti and Kuhu. Police informed them that they got the information that Mishti and Kuhu has made Ketki to escape from the house. Abir interrupted them, he clarified that Mishti and Kuhu didn’t do anything. Later, Abir and Meenakshi starts arguing after Abir said that Meenakshi called police at their home. Meenakshi shouted at Abir for not trusting her. Abir said he went to her room and found the pics to which after looking that she changed the alliance. Parul interrupted the duo saying that it is she who has called the police because she feels that both of them are not good for their family. Meenakshi was about to slap Parul for spoiling Sangeet ceremony by calling police but Bauji stopped her. Kunal and Bauji asked Abir to apologize Meenakshi. Abir said sorry to her. Meenakshi and Abir shared a hug.

In upcoming episode we will see that Abir confronts Mishti and asks her whether she wants martial courtship. Meanwhile, Meenakshi is furious to learn about Mishti’s condition of martial courtship with Kunal.

To know more keep watching Yeh Rishte Hain Pyaar Ke on Star Plus and Keep watching this space for more such interesting updates.