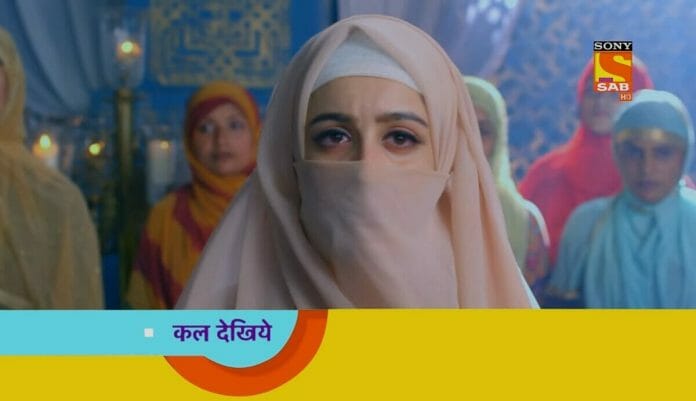 Simsim has broke the moon apart and it caused the thieves to wake up again. Now they are searching for the stone Talisman which will wake Iblis up. Will Ali and Mariam stop Iblis together to save Kabul from his terror? That will be interesting to watch.

In previous episode, Ali announces about the gathering for Sultan’s demise which Mariam hears and gets teary. The thief expects that he can find Sehzaadi there as everyone will be present. There Nazia suggests Kasim to join the gathering to get coins from the Royal people.

Ali’s kids overhear that and decide to stop him else Ali’s plan will not work. They fool Kasim by cooking up a story about theives stealing expensive things from the Kabul people. Kasim gets worried for his perfumes and drops the idea of going to the gathering.

Mariam prays for her father’s departed soul. Ali finds Mariam who covered her face. He suspects her and asks her who is she? Baizaad’s men and the thief look for the royal mark on the hands of the ladies.

Thief will see the Talisman in Mariam’s hand and will try to catch her but Ali will save Mariam from fire and will notice the royal mark on her hand. Dadi will say it’s time for Ali and Mariam to unite.