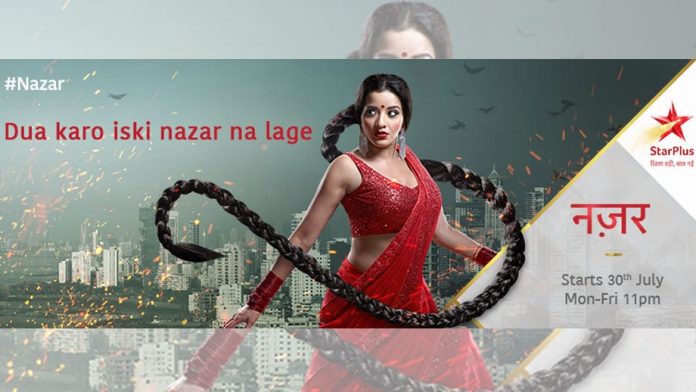 Star Plus supernatural show Nazar is witnessing some various ups and downs in the story in recent
times currently the show is focusing on Mayank and Tara love story alongside it Ansh and
Nishanth also try to hide Rahul state body from all eyes. We have seen in the past episode that p as
knife finally able to kill Rahul. Where is Ansh and nishanth decided to hide his dead body in the
fridge of the house.
On the other hand Sanam and Tara tries to search Panna room for any kind of clue but they failed
to do so. Hence they come up with a plan and and made Panna believes whatever they want her to
believe at that moment. On the other hand Mayank antara share some beautiful moment between
them until Sanam came and made Mayank agree for or going with her for at least a week. On the
other hand shalaka comes in kitchen and shows eagerness how to make tea and is about to open the
fridge for milk. Mohana comes at the end point and stop her from doing so. Later on when shalaka
is unable to find Rahul she gives threatening to kill Mohana. In tonight episode the views of the
show will see e Tara will save Mayank ok from The torture of Panna and Ansh and nishanth will be
successful of get rid from Rahul dead body. For more such updates keep watching the show and
stay tuned with us.