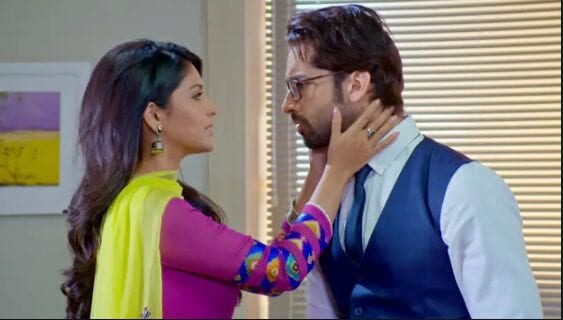 Star Plus show Krishna Chali London where the love story of Krishna and Veer had just begun, comes to end instantly with Radhe’s murder charges came on Veer. Veer felt guilty for doing this crime unknowingly. Since then it’s been years that he is in jail for the crime and Krishna is running the hospital being a doctor there. She brought Radhe there for a DNA test and also brought his hair for it. She with the help of the hospital staff and his interns try to find out the real identity of the person claiming himself as Radhe.

On the other hand, shuklain made halva which is a favorite of Radhe when Bella follows the fragrance of ghee from the kitchen and inquire about it shuklain said she made it for Gajanan. However, Veer after injecting the inspector and the constable manages to escape from the jail successfully to meet Krishna on their marriage anniversary. He also dons the disguise of a doctor so that none can recognize him. Here in the hospital inspector came to inform Krishna that Veer has escaped from jail which made her worried about him. Later on, Veer meets Krishna and both reminded their old moments together. In tonight episode viewers can see Veer and Radhe get into a fight with each other where Radhe will reveal his identity to Veer which will be left him shocked. On the other side, Bela will get to know about Rajesh real identity. With so much happening in the story, we will Wonder What happens next in Krishna’s life?