Episode begins with Sarab asks Kulwant about the truck saying that he want to see that. Kulwant slaps her sons and curses them. She tells Sarab that Ranna and Bittu failed to manage the business properly so they faced lot of loss so she sold many trucks and asks him that why he is searching the truck. Meher also asks him that why he wants to see the truck when they are searching the truck driver. He tells them that it’s not easy to find the truck driver so with truck they can catch the driver because his finger print must be there. Kulwant tells him that she will try her level best to help him. They leaves from there.

Meher asks Sarab that how they are going to find the truck now. Seher calls Meher and tells her that she won’t talk to her because both bride and groom are missing and they missed morning dance practice too. Ranna asks Kulwant that what will happen if Sarab finds the truck then. Kulwant tells him that Sarab can’t reach the truck no matter what.

Sarab receives call from someone and learns the location of the truck and informs about it to Meher. Meher tells him that she will also accompany him. He tells her that Kids prepared photo shoot for them so atleast one person should stay with them and leaves from there. Kulwant overhears their conversation and thinks now she has to do something. She acts like she sprained her leg and tells Meher that she is going to take rest in her room.

Sarab reaches the location and tries to find Kulwant’s truck. Meher feels like something bad going to happen and decides to talk to Kulwant. Kulwant reaches the location to stop Sarab from finding the truck. Before Meher notices that Kulwant is not in her room, Jeeto and Ginni takes her from there. Dolly shows her pictures to dance choreographer. Harleen teases Dolly.

On the other hand, Sarab chases Kulwant and shocks realising that he is chasing Kulwant. Ranna asks Meher about Kulwant. Meher tells him that Kulwant taking rest in her room and they goes to her room. Kulwant tells Meher that she went to kitchen to drink water. August 4, 2021
Qurbaan Hua Spoilers, Upcoming Story, Latest Gossip , Future Story, Latest News and Upcoming Twist on tellyexpress.com This show is turning out to be something... 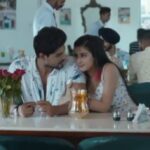 Udaariyan: Is this an end of Fateh and Jasmine’s love story? Sasural Simar Ka 2: Will Reema want to pursue her dreams to take revenge...