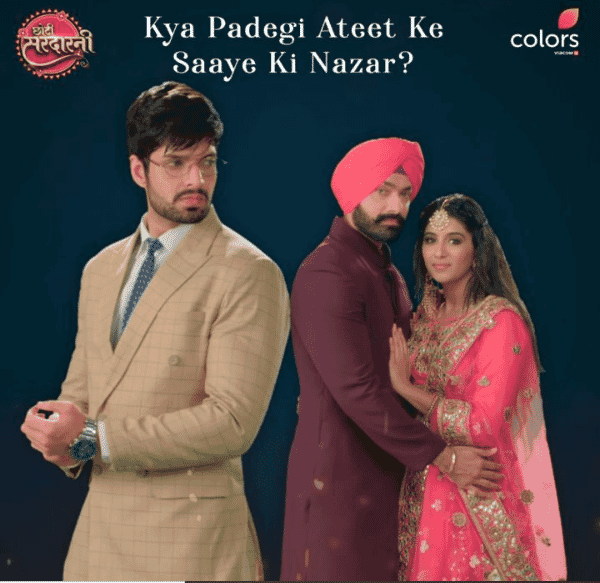 The episode starts with Aditi asks Vikram is he leaving. He says he needs to continue his work. He says that Vikram doesn’t leave any job half done. He shows her the master card of Sarabjit’s International account. He assigns her to find the otp that will come to Sarab’s mobile that comes exactly at 3 pm. She promises to find it for him and they both hug. Kulwant comes there and finds fire fighters in the house.

Sarab welcomes her while Param says about Meher and Karan stuck in fire. She asks if they are fine and Param says about Sarab and super uncle saving them. Sarab asks her not to worry as everything is taken care of. Bittu and Rana are about to confess about Vikram but Kulwant stops them and lies.

She leaves to meet Meher and asks if she and Karan are fine. She nods yes and Param says that Super Uncle has left after saving Karan. Kulwant asks who’s this super uncle and Meher reveals that it’s Vikram. Param leaves and Kulwant closes the door. She asks Meher to understand that it’s not Vikram but Manav but Meher stands firm that he’s not. She says that it’s her guilty feeling that’s recalling her sin.

Kulwant says that whatever she did she did it for her kids and says that she’ll realize it only when she becomes a mother. Aditi knocks the door and comes in. She says that Karan needs to be kept under observation for some more time and Kulwant says her to first take evil eye for the child and leaves.

Meher wishes Vikram eyes gets ward off Sarab. Vikram asks permission to hack Sarab’s account and he gets it. Param takes evil eyes off Aditi and she gets emotional. He calls her Aditi Bua and thanks her for saving Karan. She says he will not let anything happen to her. Aditi recalls her attempt to harm Param and apologizes him. She says she lost in front of his innocent love and says she will not let anything happen to him. However she says she will not leave that the family.

Vikram comes to the bank and calls Aditi to be ready. He goes through checking and enters using master card. Aditi takes Sarab’s mobile for otp but his phone rings. She keeps the phone back and Harleen picks it up. She leaves with the phone while Aditi gets Vikram’s message. Vikram uses the fingerprint took from the juice glass.

On the other hand Harleen is still having her phone. Vikram waits for otp and Aditi requests him for some time. Vikram shouts at her to get the otp. She tricks Param to get Sarab’s mobile. Param asks for his mobile to play game and Param brings it to Aditi. While coming he falls down and the phone falls on Aditi’s feet. She finds it locked and Meher calls her. She takes away the mobile from Aditi.

Aditi lies that she need the mobile for a call as there’s no signal and Meher unlocks it for her. Aditi finally gets the otp and says it to Vikram. They succeed in hacking the account. Meher takes away the phone before Aditi could delete the otp message. Meher notices the otp message and says it to Sarab. Sarab gets shocked seeing it.

Precap : Sarabjit learns that his account is hacked. They both find in camera that it’s none other than Vikram Deewan