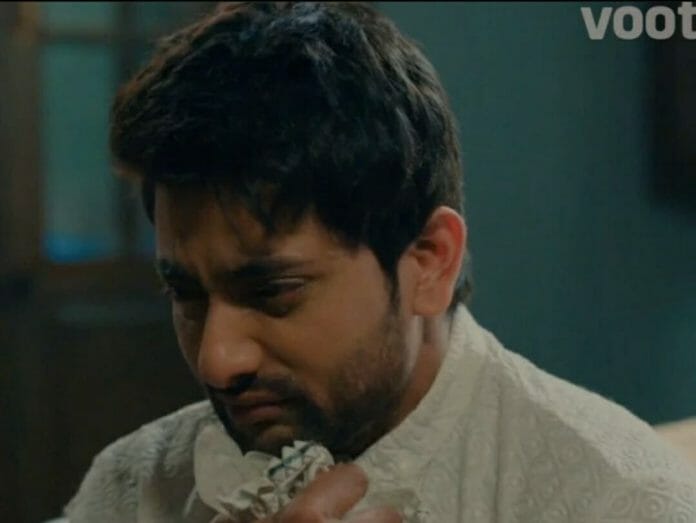 Colors TV’s recently launched show Dharam Patni is a rare love story of a simple sweet school teacher Pratiksha Parekh and a buisness tycoon Ravi Randhawa. Currently we are seeing that Ravi meets Keerti in his imagination. His family gives him a reality check. Kavya comforts him. Ravi makes a promise to Keerti touching her ashes.

In the previous episode, Ravi sees Keerti. She asks him to not be sad. They dance together and marry each other. Kavya sees that Ravi is dancing alone and informs the family. They come and confront Ravi. They bring Ravi back to his senses. Ravi lashes out at them. He cries for Keerti. Kavya comforts him.

Keerti’s last rites are performed. Ravi waits outside. The family worries for him. Ravi’s dad says that time will heal everything. Kavya recalls her curse to Ravi and cries. Ravi picks up Keerti’s ashes and promises to find her murderer and punish him or her till death. He asks his father for the car to reach the police station.

He himself plans to find out the gulity and punish him or her. Malhar brings sweet as he got the job. He thanks Pratik. The owner of that rented car comes home and questions Pratik for returning the car in a bad condition. Malhar recalls Keerti’s accident.

In the upcoming episode, Ravi and Aditya go to police station. They check the CCTV footage and spots Pratiksha driving and standing beside the wanted car.

They go to Pratiksha’s locality and searches for her. A lady gives them Pratiksha’s adress. Pratiksha is put behind the bars. She cries. Malhar enjoys outside.