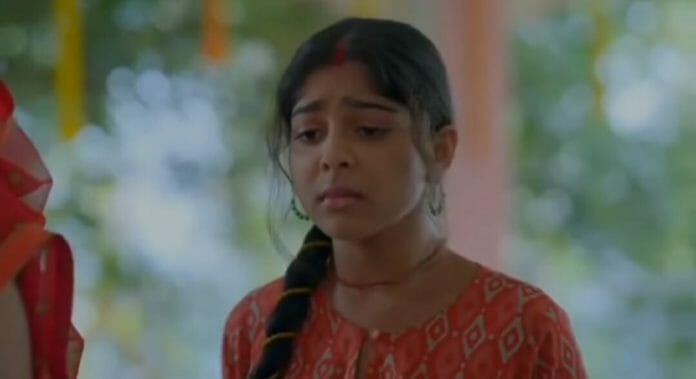 The peculiar twist in the tale of Star Plus newly launched daily soap “Faltu” is enthralling the audiences. Previously, Ayaan got married to Tanisha but keep thinking about Faltu. He determined to find her, while Harsh and Kinsukh assured to help him. Savita showed her concern towards Ayaan and took a promise from him to give priority to Tanisha instead of Faltu. She also asked him not to break the trust of his father.

Whereas, Ayaan started realising his love for Faltu, but kept it hidden inside him. Meanwhile, Faltu got admitted in the hospital. Charan and Pratap visited her and determined to find a doctor who can cure her.

In the current track, the doctor ask Faltu to visit an eye specialist. Another doctor decides to help them and assures to take them to the eye specialist. Faltu and her family shows their gratitude towards him for his help. Whereas, Ayaan and Tanisha goes to a temple in order to perform a puja as instructed by the Guruji.

Here, Jamuna calls Charan and learns about Faltu. He hides regarding her blindness while Jamuna advice them to bring Faltu back to Ittarpur. She states that Mittals have complaint about Pappi in the police station and so he won’t come there.

Ahead, the doctor sees Faltu and her family being tired and decides to stop near the temple in order to give them some rest. Faltu learns about the specialty of the temple and decides to do the puja for Ayaan, as she is also married to him.

Faltu lies to Charan and goes inside the temple on her own. She takes help from a women and applies Vermilion on her hairline and then stands on the line waiting for her chance to do the aarti.

Later, Ayaan and Tanisha also comes there and gets special privilege to do the aarti before others. Meanwhile, Faltu gets shocked hearing Ayaan’s voice. Whereas, Guruji tells Kanika about the problem and ask her to keep Ayaan and Tanisha away from one another for 30 days, while the latter agrees to do it.

Now in the upcoming episode, Ayaan will come in front of Faltu while she questions that who is he? She won’t be able to see him, while he will ask her to tell if she doesn’t recognize him? He will then notice the Vermilion on her hairline and becomes shocked. He will confront her about it while she will lashes out at him and states that he don’t have to do anything with her. She will ask him to leave her alone while he will get stunned with her behavior.

Will Faltu get her eyesight back?

Will Ayaan find about the truth?