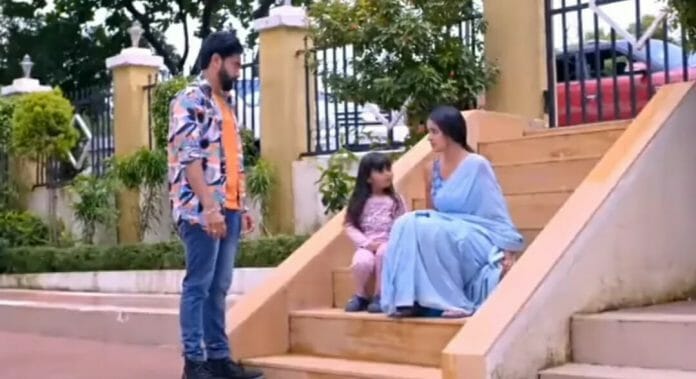 Star Plus popular daily soap Ghum Hai Kise Key Pyaar Meiin is unravelling lot many dramas with each passing day. The show is making the viewers curious, with its unpredictable storyline.

Previously, Virat got injured while saving Savi. Sai gets shocked and treated Virat to save his life. Meanwhile, Pakhi learned about the critical condition of Virat and visited Kankauli along with Mohit. Whereas, Sai gets shocked finding about Virat and Pakhi’s marriage.

In the current track, Sai asks Jagtap for help in order to get medicine for Virat. Meanwhile, she hides away from facing Pakhi and Mohit. She recalls her past and gets unconscious while Jagtap helps her and ask about the matter. She tells him to stay away from her personal matter and goes away.

Here, Jagtap gets concerned for Sai, whereas Virat gets consciousness and becomes furious after seeing Sai along with Jagtap. His wounds starts bleeding again, while Pakhi gets worried and tries to find Savi’s mother in order to get Virat checked.

Usha talks to Sai after seeing her crying. She says that Virat only loves her, to which Sai replies that it was their past and now Pakhi is his wife. She consoles herself and avoids to talk about Virat or his family.

Ahead, Pakhi and Mohit gets shocked seeing Sai and confronts the latter. Pakhi questions that why Sai doesn’t came back to Chavans house? To which she reminded Pakhi about the issues before the accident. She denies to talk about her past and says that she helped Virat only because he saved her daughter.

Later, Pakhi talks to Sai and apologizes for her past mistakes. She joins her hands and insists the latter to forgive her, but Sai denies.

Now in the upcoming episode, Sai and Pakhi will come face to face. Sai will state that she has changed a lot in those years but Pakhi is still the same. She will proclaim that the latter loves Virat and now is married to him. Pakhi will look at Sai and states that she is the second wife of Virat. She will then ask Sai if she will accompany her to the Chavans house? While Sai will look on.

Will Sai agrees to Pakhi’s request?

Will Virat’s misunderstanding gets clear?