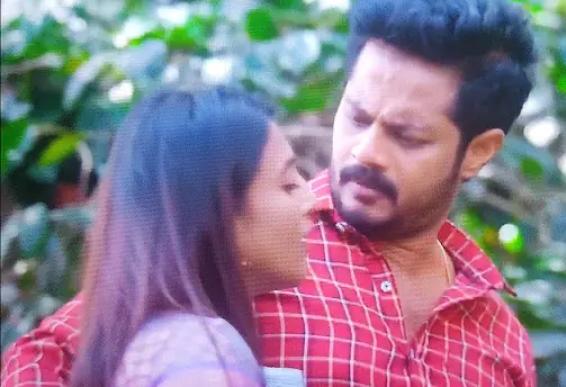 In the previous episode, Ranjith’s goon abducted Vasu. Arjun felt dejected when he failed to find Vasu. Arjun sought the police’s help to find Vasu. Ranjith praised his goons for kidnapping Vasu. Police and Arjun are on a search mission. Ranjith’s goons alerted Ranjith when Arjun with Police. Arjun hid the truth from Vasu. Arjun and Vasu had a wonderful time. Arjun recalled the astrologer’s prediction and tried to save Vasu from Ranjith.

In today’s episode, Arjun wishes to make Vasu happy. They spend romantic moments together. A goon clicks a photo of Vasu. Arjun approaches the goon. Arjun slaps a goon for clicking Vasu’s pictures. Later, Arjun suspects a man at the petrol pump. Arjun argues with the petrol pump owner when the staff filled the diesel instead of petrol. Arjun and Vasu go for a walk in Yercaud. Ranjith follows them. Vasu learns about Ranjith’s escape, so Arjun discloses the truth to Vasu. Arjun informs Vasu about Ranjith’s attacks.

In the upcoming episode, Ranjith will follow Arjun and Vasu to kill Vasu. Arjun will try to save Vasu from Ranjith. Will Vasu and Arjun cancel the trip? Will Ranjith kill Vasu? How will Arjun save Vasu from Ranjith? Will Ranjith threaten Arjun? Will All these questions will be answered in the upcoming episodes. To know what will happen next in your favorite show Gokulathil Seethai, stay tuned to this.