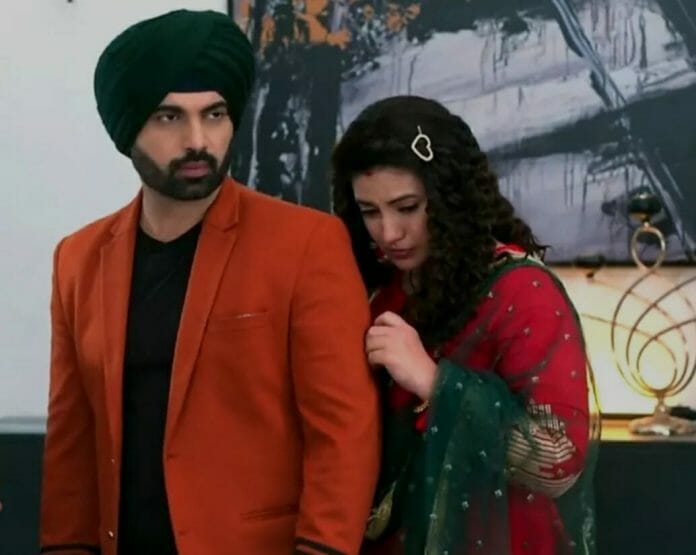 Gud Se Meetha Ishq depicts the rollercoaster journey of a young couple Neel and Kajal who got married in an unusual circumstance on Star Bharat and Hotstar. Currently we are seeing that Dev stands by Pari infront of the guests. He becomes successful in cracking the deal. Kabir misunderstands Neel and leaves with his parents. Noor gets shot accidentally.

In the previous episode, Kabir questioned Neel about the photographs. Neel defended himself saying that he didn’t send any photographs. He added that these pictures were clicked long back, at present he is happily married to Kajal. He failed to find his phone to prove his innocence.

Flashback showed that it was Pavitra who secretly sent those pictures from Neel’s phone. Kabir broke engagement and left angrily with his parents. Pavitra’s father threated to harm Neel and asked Pavitra to go out with him for a discussion.

Nutan asked Neel, Kajal to find solutions for Pavitra. Neel told her that he worry for Kajal, as he was not able fulfill his responsibilities towards her. He also informed her about his upcoming interview for an exhibition.

Dhruv shared about his disappointments with Nutan, that he did not like to share her mother with anyone else. Nutan told him how much she loves Dhruv and prays for his and Bhoomi’s happiness.

They got emotional and shared a hug. Noor found a gun while playing. Pari tried to snatch it from her as it’s was not safe. Noor got shot accidentally. Dev came and saw gun in Pari’s hand. Chandni accused Pari.

In the upcoming episode, Dev stops Pari from going near Noor and says that she won’t play with Noor hereafter. Nimrit tells Pari that Dev, Chandni and Noor look like a happy family together. She says if she was at her place she would leave Dev for his happiness.

Will Dev learn the truth? Will he lose Pari for ever?