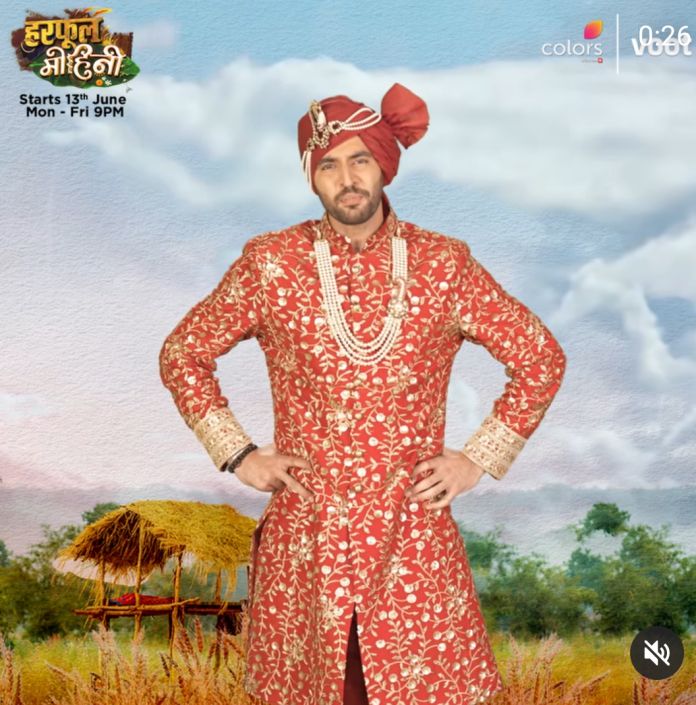 Episode begins with Mohini shows the halwa to Maai which she made it. She stops Maai from sitting on the chair. Harphoul brings chair for Maai so she sits on it. Maai wonders that how can they do puja without Priest. Vijayan calls Mohini and tells her that he arranged Priest for puja. Mohini tells Maai that Priest is with Vijayan. Priest begins the puja. Maai gets emotional. The puja gets over. Maai tells Vijayan and Shyamala that she can’t pay for what they did. Vijayan tells Mohini that he is glad she shared her problem with him. She tells him that she won’t hide anything from him and disconnects the call.

Meenu comes there and tells Mohini that it’s Susheela’s delivery time. Mohini recalls that how Susheela asked her to stay with her during delivery. She takes medical kit and leaves the house with Meenu. Harphoul says that he can’t let Mohini go alone and he follows her.

Shalini calls Balwant and tells him that Mohini went to Susheela’s house. Balwant informs Devyani about Mohini. Devyani tells him that she knows that what she has to do now. After some time, Devyani, Ragini and others ladies waits outside Susheela’s house. They stops Mohini from entering the house. Mohini says that it’s about someone’s life so she has to go inside. Meenu notices that Susheela bleeding and she tells about it to Mohini.

Mohini says that Susheela and her child’s life in danger so she has to go inside. An old lady says that Susheela should die than getting help from Mohini. They pushes Mohini. Mohini says that they can’t stop her from entering the house. She tries to go inside the house. One of them hits Mohini’s head. Harphoul comes there and he screams Mohini’s name. Village men ties Harphoul with tracker. Mohini faints. Surendra sees everything and he tells about it to Balwant.

Harphoul asks Mohini to wake up. He asks her to prove that she is not coward. Mohini wakes up and says that she is Malayali. She throws her medical kit to Meenu. She pushes Devyani and Ragini. Harphoul unties himself and he throws stick towards Mohini. She catches it and she enters the house. Harphoul waits outside the house. Susheela asks Mohini to save her child.

Precap – Harphoul tells Mohini that he will bring ambulance.