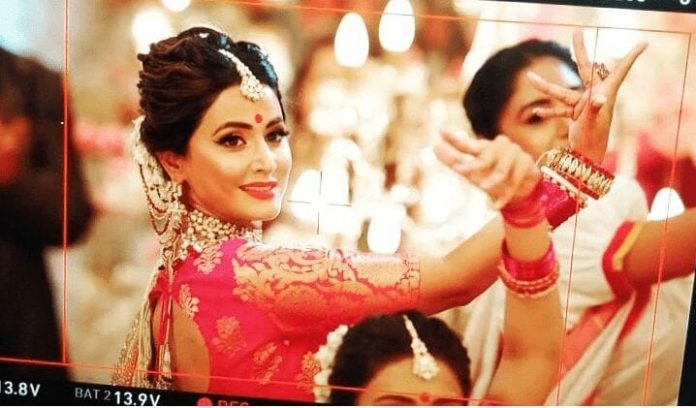 Earlier as we had reported that Hina Khan who is essaying the role of Komolika in this reboot version have to quit the show due to her commitment towards a Bollywood project. Finally, the time has arrived when Hina has to say goodbye to the show for her career growth. As per the current storyline, the audience of the show can see the Tashan between Prerna and Komolika. But soon an unexpected storm will be going to change the fate of Anurag and Prerna fate forever in the show. In the upcoming story of the show, Komolika will get murdered and surprisingly Anurag will be framed for this crime. On the whole, it will look like a husband being taken in custody because of the death of wife but in reality, all these are going to be a plan of Komolika to make Anurag and Prerna away from each other. Well with this twist only Mr.Bajaj is going to enter in the show and add some more twist in the tale. Last time Ronit Roy played the role of Mr.Bajaj and become a household name with his stellar performance so this time it will be really interesting to see who is going to play the role of Mr.Bajaj this time in the show. However, amidst all these Hina Khan as Komolika is going to be missed from the show so much. Well, with Komolika exit and Mr.Bajaj entry the story of the show is going to be a lot of interesting.

Well, the producer of the show Ekta Kapoor already gave a hint about Mr.Bajaj entry now who will enter as Mr.Bajaj is something we have to wait and watch.

Will you miss watching Hina Khan in the show? Tell us in the below comment section of the show.