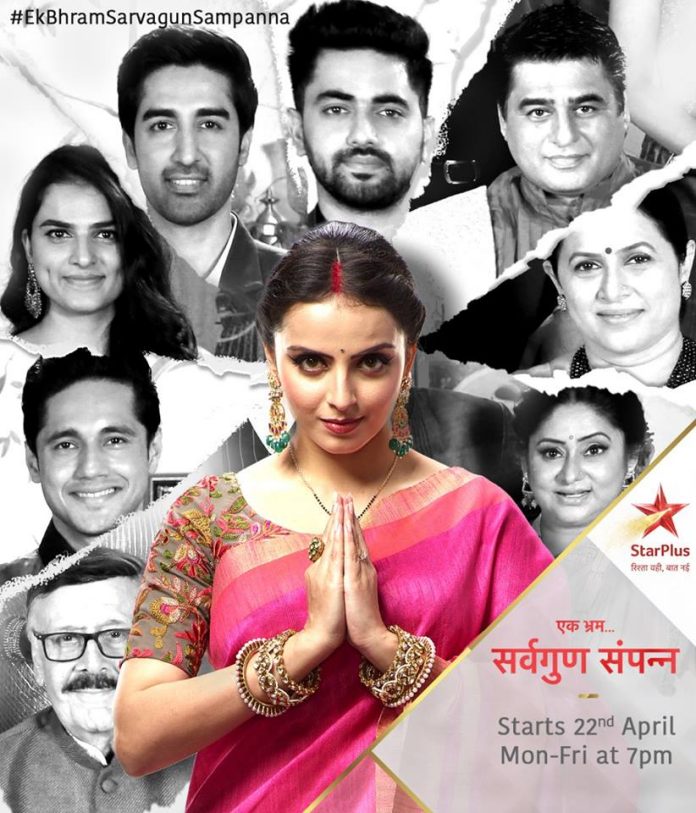 Star Plus latest offering at the early evening slot titled as “Ek Bhram Sarvagun Sampann” kick started their journey on the channel last night. Whereas the show already aired the very first episode of it which indeed is breathtaking and exciting we are here with the updates of the upcoming episodes from the show. As we have seen in the premier episode Jhanvi performs puja for the wellness of the family. With that also Kabir who is the youngest son of the house came back home but with a shocking surprise for all.

Well the appearance of Kavya and his son with Kabir made the entire family shocked and stunned and they all are annoyed at him for this step. Well but being the all kinds of perfection Jhanvi posses in her performed the formal ritual which is the need of the hour. Yes in the coming episode viewers will see Jhanvi welcoming Kavya to the house with all formality and rituals. Though it is really impossible to guess what is going on in her mind currently as Kabir just indirectly rejected and toned her sister heart and love. Well the story is any day so much impressive and intriguing and it also seems that Kavya and Kabir is holding back some secrets as well.

Later, We will see that Jhanvi supports Kavya when she has an altercation with Ishaani. Later, Kabir and PK indulge in an argument over Kavya staying in the house.

Let’s see what the upcoming episodes of the show hold for us.

This show marked the comeback of Shrenu Parikh and Zain Imam on television.