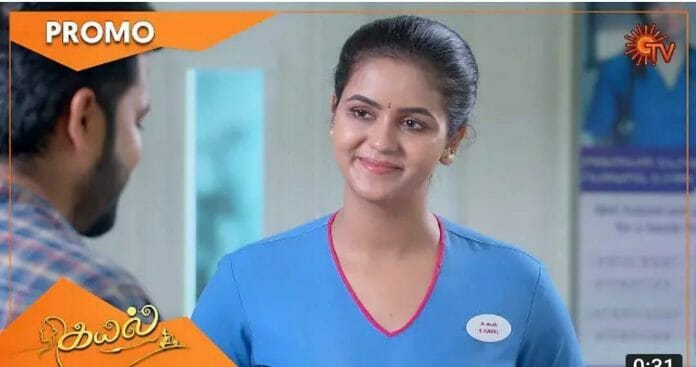 Sun TV’s popular show “Kayal” currently deals with Kayal trying to solve Devi’s issues. Earlier its seen that Kayal failed to collect the money to buy Jewels. Now it will be seen that Ezhil saved Kayal from goons

In the previous episode we saw; Varatharajan admitted in hospital for heart attack. He revealed to Gowtham that he was pretending to be sick to escape from the police. He offered 5 crores to him.

Kayal refused to accept his offer. Gowtham plead with her to agree to this offer reasoning she was already struggling in her life. She will get more than enough money to pay her debts. Kayal demand him to beg outside instead of trying to convince her.

She said to him that he wasn’t loyal to his job. He shouldn’t help that Varatharajan to escape from the punishment. Gowtham cleared to her that she shouldn’t go against him. Kayal tried to announce the truth to everyone. He kidnapped her from there.

In the upcoming episode viewers will see; Kayal will seek Ezhil help to escape from the goons. Gowtham will excited to get the money but shocked to see Kayal returned to hospital.